Uncovering Asia and Data Journalism in the Philippines 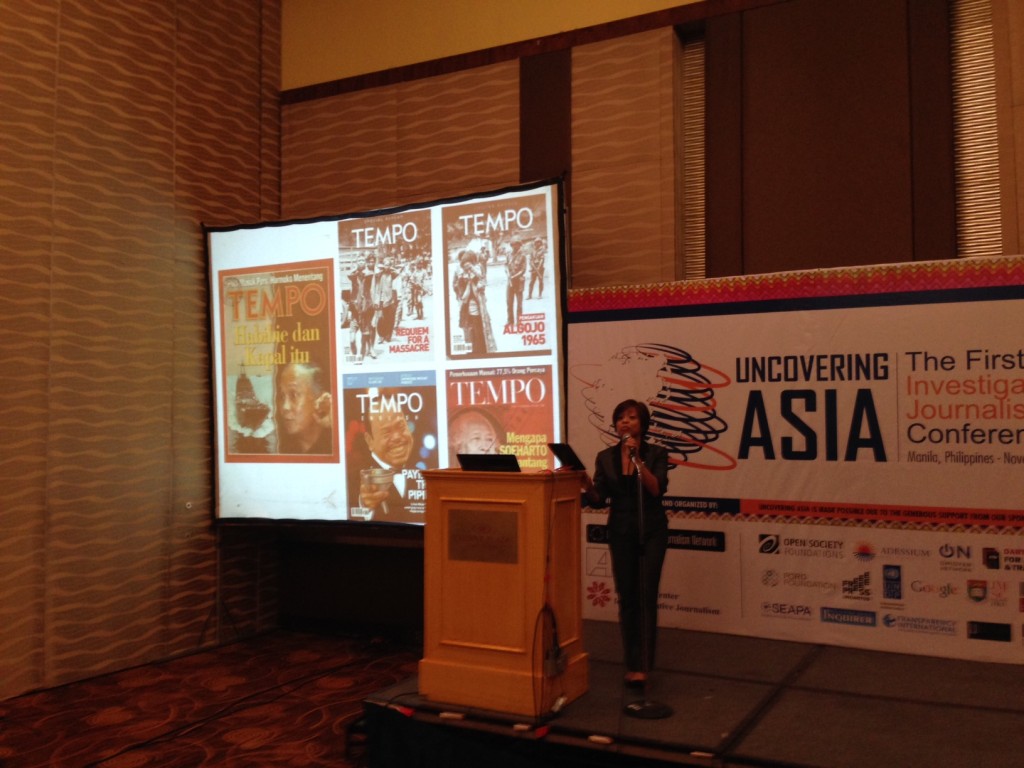 Sheila Coronel giving her keynote at the conference. A [transcript of her talk](http://www.rappler.com/thought-leaders/76100-truth-power-asian-value) has been published on Rappler.

The opening keynote was given by Sheila Coronel, Professor of Investigative Journalism at Columbia Journalism School and co-founder of PCIJ. Coronel rose to prominence in the Philippines as a journalist for the magazine Panorama, she widely reported on the human rights abuses of the Marcos dictatorship in its final years. Her talk, entitled 9 billion eyes: Holding power to account in the world’s largest continent, painted a picture of Asia in which conditions were generally improving for investigative journalists, but in which there was more need than ever for a vibrant fourth estate to combat the abuse of power and corruption.

Coronel’s opening talk covered a range of corruption scandals and the way they affect people’s lives in Asia. She referred to the environmental damage wrought by egregious logging companies in Malaysia, as well as the poorly constructed Sichuanese buildings that crumbled in the earthquake of 2008 killing thousands of people. In the Philippines, she mentioned the botched public road projects that hamper the ability of farmers to move their goods around the country, as well as a shortage of textbooks in classrooms that prevent many Philippine children from getting the education which they’re entitled to.

Coronel also spoke of the factors that continued to inhibit the development of a vibrant fourth estate in many Asian countries. These included government gagging laws, like those passed by the Japanese government in the aftermath of the Fukushima disaster, but also the social backlash faced by journalists that publish on sensitive topics, such as Islam in Indonesia. The physical and legal risks that investigative journalists in the Philippines expose themselves to was underlined by the fact that the first day of the conference took place on the 5 year anniversary of the Amputuan Massacre in which the single largest killing of journalists took place. 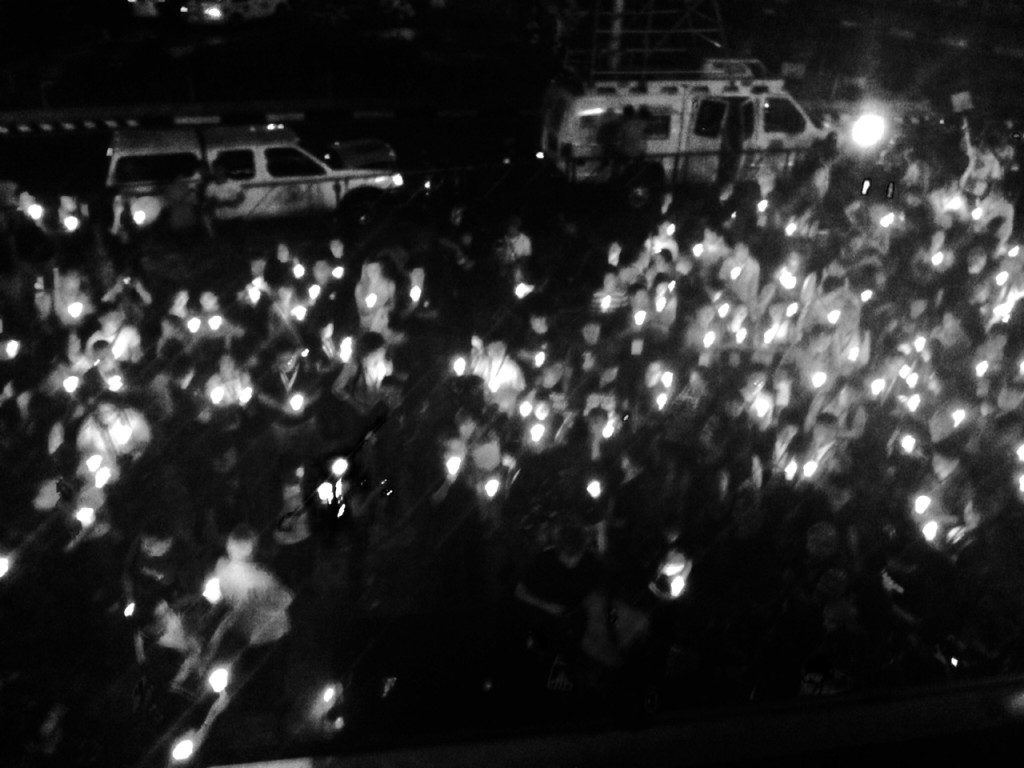 Vigil for the victims of the Amputuan Massacre on the first evening of the conference in Quezon City, Philippines.

Despite the seriousness of the challenges still faced within many Asian newsrooms, the mood of Coronel’s opening keynote and of the conference more generally was optimistic. One of the major threads of the conference was the opportunity for investigative journalism that exploits technology and public data. In the wake of international initiatives like the Open Government Partnership, most Asian journalists now find themselves with an ever expanding quantity of public interest open data. The Philippines, for instance, unveiled its open data portal earlier this year which contains a wide range of data on government spending, procurement and reconstruction – topics that have long been the subject of corruption investigations by the likes of PCIJ but about which information has traditionally been patchy and scarce.

Credit goes to the organisers who developed a brilliant data track that gave participants an opportunity to learn how to find stories in public data. As we at Open Knowledge and School of Data believe, data literacy skills are critical if initiatives to release open data are to drive accountability. I ran a session with Nils Mulvad on data cleansing using Open Refine. Other workshops included an introduction to mapping using Google Fusion Tables abd building collaborative databases and using OCCRP’s Investigative Dashboard. There were also two very well attended sessions on digital security run by Bobby Soriano of Tactical Tech and Smari McCarthy that gave participants hands-on experience with free and affordable tools for protecting sensitive data from intrusion. The BBC’s Paul Myers ran a brilliant workshop on web forensics with a rapid fire demonstration of how to use these tools to find hidden information on the web. This included searching using domain registry searches effectively, checking for hidden files on website servers, using the powerful Facebook graph search and analysing image metadata. Many of the learnings from the data track were captured in the tip sheets published on the Uncovering Asia website, go check them out here!

← School of Data fellows: what are they up to?
User Experience Design – Skillshare →