Has the open data movement reached Ecuador yet?

The first time I heard about LOTAIP was five years ago at Grupo FARO. LOTAIP is the Transparency and Access to Public Information Law in Ecuador, by its Spanish acronym. This law has been a powerful tool for citizens to access to public information and for government institutions to establish a pro-disclosure culture of releasing information on their websites. But not all is well: delays in response times and bad data formats make getting government information more difficult. I personally have had to digitise scanned PDFs in order to be able to use government data.

The government policies on open data 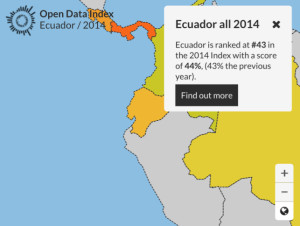 Ecuador ranked 43 of 97 countries in the 2014 Open Data Index . Many datasets are available online in different topics, including government expenditures, budget, pollutant emissions, legislation and election results. However, this data is not in a standardised format and the level of detail varies between institutions.

Yet a national open data policy is taking shape in Ecuador. Last year, the government released two important directives: the National Plan of e-Government 2014-2017 and the Open Data Policy Guide. These two documents define the strategies and principles for the implementation of open government data portals. At the moment, the only existing one has been created as part of the Quito’s Open Government Initiative. This portal is easy to navigate and citizens can find data presented in graphs, maps and tables on many topics, including education, transportation, tourism, security, technology, environment, economic indicators, and health.

The state of data literacy

Releasing data in an open format is only a start. The added value is in the way the data is used to improve the life of citizens is essential. But are Ecuadorians able to use data effectively? There are no specific measures of data literacy but we do have digital literacy statistics.

The 2013 ICTs statistics from the National Institute of Statistics show that digital illiteracy in Ecuador has reduced in recent years to less than 20% (from 29% in 2010). Among the population’s 16 millions, 44% have access to a computer, 51% use mobile phones (16% use smartphones) and 40% have access to internet. In addition, statistics show that Ecuadorians mostly use internet to access to information and for education and learning purposes. Improving these numbers requires not only increasing access to technologies but also simplifying websites navigation and increasing digital skills. In this process, open data portals can play a key role to engage existing and new audiences in data-driven projects. 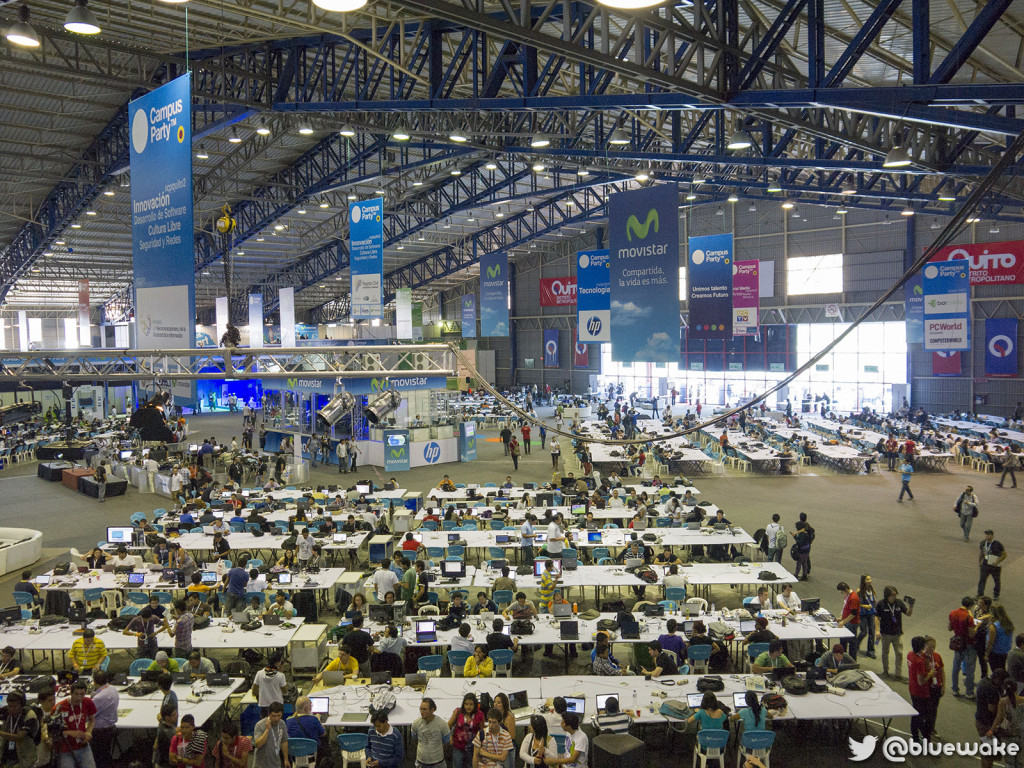 All of this points to some advances towards an open government data policy in Ecuador.  Yet this process needs to be accompanied by initiatives that increase data literacy among citizens and government organisations and create awareness about the importance and the benefits of open data.

Julio is one of the 2015 School of Data Fellows. He is an Ecuadorian economist that has been working on research projects on energy policy, public finance and transparency and access to public information policies. Follow me on twitter: jalp_ec