You are browsing the archive for Ali Rebaie. 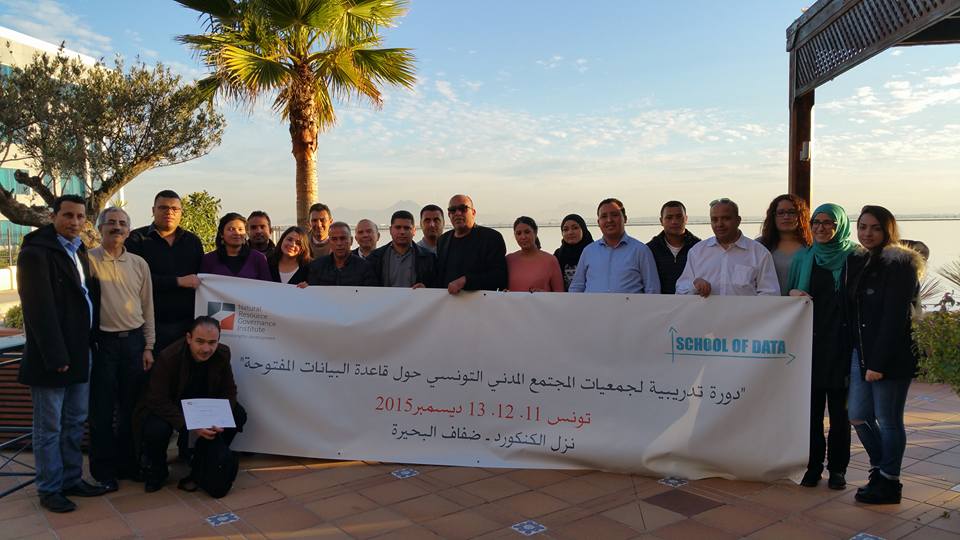 NRGI hosted the event #DataMuseTunisia in collaboration with Data Aurora and School of Data senior fellow Ali Rebaie on the 11th of December 2015 in beautiful Tunis where a group of CSO’s from different NGOs met in the Burge Du Lac Hotel to learn how to craft their datasets and share their stories through creative visuals.

Bahia Halawi, one of the leading women data journalism practitioners in the MENA region and the co-founder at Data Aurora, led this workshop for 3 days. This event featured a group of professionals from different CSO’s. NRGI has been working closely with School of Data for the sake of driving economic development & transparency through data in the extractive industry. Earlier this year NRGI did similar events in Washington, Istanbul, United Kingdom, Ghana, Tanzania, Uganda and many others. The experience was very unique and the participants were very excited to use the open source tools and follow the data pipeline to end up with interactive stories.

The first day started with an introduction to the world of data driven journalism and storytelling. Later on, participants checked out some of the most interesting stories worldwide before working with different layers of the data pipeline. The technical part challenged the participants to search for data related to their work and then scraping it using google spreadsheets, web extensions and scrapers to automate the data extraction phase. After that, each of the participants used google refine to filter and clean the data sets and  then remove redundancies ending up with useable data formats. The datasets were varied and some of them were placed on interactive maps through CartoDB while some of the participants used datawrapper to interactively visualize them in charts. The workshop also exposed participants to Tabula, empowering them with the ability of transforming documents from pdfs to excel.

Delegates also discussed some of the challenges each of them faces at different locations in Tunisia. It was very interesting to see 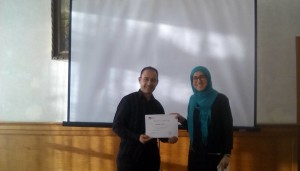 participants share their ideas on how to approach different datasets and how to feed this into an official open data portal that can carry all these datasets together. One of the participants, Aymen Latrach, discussed the problems his team faces when it comes to data transparency about extractives in Tataouine. Other CSO’s like Manel Ben Achour who is a Project Coordinator at I WATCH Organization came already from a technical backgrounds and they were very happy to make use of new tools and techniques while working with their data.

Most of the delegates didn’t come from technical backgrounds however and this was the real challenge. Some of the tools, even when they do not require any coding, mandate the knowledge about some technical terms or ideas. Thus, each phase in the data pipeline started with a theoretical explanatory session to familiarize delegates with the technical concepts that are to be covered. After that, Bahia had to demonstrate the steps and go around the delegates facing any problems to assist them in keeping up with the rest of the group.

It was a little bit messy at the beginning but soon the participants got used to it and started trying out the tools on their own. In reality, trial and error is very crucial to developing the data journalism skills. These skills can never be attained without practice. 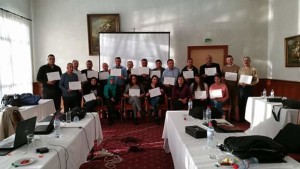 Another important finding, according to Bahia who discussed the importance of the learnt skills to the delegate’s community and workplace, is that each of them had his/her own vision about its use. The fact that the CSO’s had a very good work experience allowed them to have unique visions about the deployment of what they have learnt at their workplaces. This, along with the strong belief in the change open data portals can drive in their country are the only triggers to learning more tools and skills and bringing out better visualizations and stories that impact people around.

The data journalism community 3 years ago was still at a very embryonic stage with few practitioners and data initiatives taking place in Africa and Asia. Today, with enthusiastic practitioners and a community like School of Data spreading the love of data and the spirit of change it can make, the data journalism field has very promising expectations. The need for more initiatives and meet ups to develop the skills of CSOs in the extractive industries as well as other fields remains a priority for reaching out for true transparency in every single domain.

Data love is spreading like never before. Unlike previous workshops we did in the MENA region, on the 18th of January 2015, we gave an intensive data journalism workshop at the American University of Beirut for four consecutive days in collaboration with Dr. Jad Melki, Director of media studies 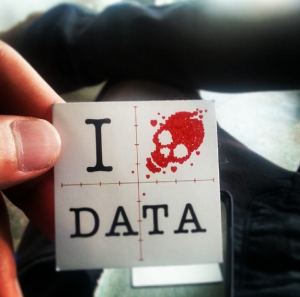 program at AUB. The Data team at Data Aurora were really happy sharing this experience with students from different academic backgrounds, including media studies, engineering or business.

The workshop was mainly led by Ali Rebaie, a Senior School of Data fellow, and Bahia Halawi, a data scientist at Data Aurora, along with the data community team assistants; Zayna Ayyad, Noor Latif and Hsein Kassab. The aim of the workshop was to give the students an introduction to the world of open data and data journalism, in particular, through tutorials on open source tools and methods used in this field. Moreover, we wanted to put students on track regarding the use of data. 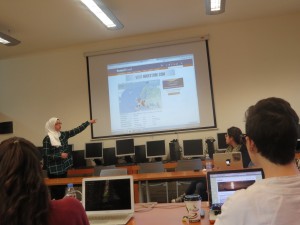 On the first day, the students were introduced to data journalism, from a theoretical approach, in particular, the data pipeline which outlined the different phases in any data visualization project: find, get, verify, clean, analyze and present. After that, students were being technically involved in scraping and cleaning data using tools such as open refine and Tabula.

Day two was all about mapping, from mapping best practices to mapping formats and shapes. Students were first exposed to different types of maps and design styles that served the purpose of each map. Moreover, best mappings techniques and visualizations were emphasized to explain their relative serving purpose. Eventually, participants became able to differentiate between the dot maps and the choropleth maps as well as many others. Then they used twitter data that contained geolocations to contrast varying tweeting zones by placing these tweets at their origins on cartodb. Similarly, they created other maps using QGIS and Tilemill. The mapping exercises were really fun and students were very happy to create their own maps without a single line of code.

On the third day, Bahia gave a lecture on network analysis, some important mathematical notions needed for working with graphs as well as possible uses and case studies related to this field. Meanwhile, Ali was unveiling different open data portals to provide the students with more resources and data sets. After these topics were emphasized, a technical demonstration on the use of network analysis tool to analyze two topics was 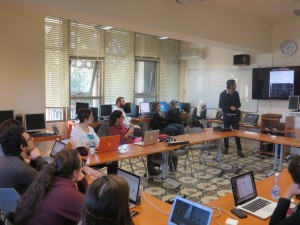 performed. Students were analyzing climate change and later, the AUB media group on Facebook was also analyzed and we had its graph drawn. It was very cool to find out that one of the top influencers in that network was among the students taking the training. Students were also taught to do the same analysis for their own friends’ lists. Facebook data was being collected and the visualizations were being drawn in a network visualization tool.

After completing the interactive types of visualizations, the fourth day was about static ones, mainly, infographics. Each student had the chance to extract the information needed for an interesting topic to transform it into a visual piece.  Bahia was working around with students, teaching them how to refine the data so that it becomes simple and short, thus usable for building the infographic design. Later, Yousif, a senior creative designer at Data Aurora, trained the students on the use of Photoshop and illustrator, two of the tools commonly used by infographic designers. At the end of the session, each student submitted a well done infographic of which some are posted below.

After the workshop Zayna had small talks with the students to get their feedback and here she quoted some of their opinions:

“It should be a full course, the performance and content was good but at some point, some data journalism tools need to be more mature and 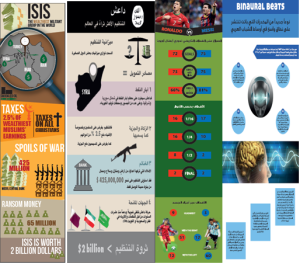 user-friendly to reduce the time needed to create a story,” said Jad Melki, Director of media studies program at AUB, “it was great overall.”

“It’s really good but the technical parts need a lot of time. We learned about new apps. Mapping, definitely I will try to learn more about it,” said Carla Sertin, a media student.

“It was great we got introduced to new stuff. Mapping, I loved it and found it very useful for me,” said Ellen Francis, civil engineering student. “The workshop was a motivation for me to work more on this,” she added, “it would work as a one semester long course.”

Azza El Masri, a media student, is interested in doing MA in data journalism. “I like it I expected it to be a bit harder, I would prefer more advanced stuff in scraping,” she added.

Click here to see the interactive version of the map above

Data visualization is awesome! However, it conveys its goal when it tells a story. This weekend, Mandela’s death dominated the Twitter world and hashtags mentioning Mandela were trending worldwide. I decided to design a map that would show how people around the world tweeted the death of Nelson Mandela. First, I started collecting tweets associated with #RIPNelsonMandela using ScraperWiki. I collected approximately 250,000 tweets during the death day of Mandela. You can check this great recipe at school of data blog on how to extract and refine tweets.

After the step above, I refined the collected tweets and uploaded the data into CartoDB. It is one of my favorite open source mapping tools and I will make sure to write a CartoDB tutorial in future posts. I used the Bubble or proportional symbol map which is usually better for displaying raw data. Different areas had different tweeting rates and this reflected how different countries reacted. Countries like South Africa, UK, Spain, and Indonesia had higher tweeting rates. The diameter of the circles represents the number of retweets. With respect to colors, the darker they appeared, the higher the intensity of tweets is.

That’s not the whole story! Basically, it is easy to notice that some areas have high tweeting rates such as Indonesia and Spain. After researching about this topic, it was quite interesting to know that Mandela had a unique connection with Spain, one forged during two major sporting events. In 2010, Nelson Mandela was present in the stadium when Spain’s international football team won their first ever World Cup Football trophy as well. Moreover, for Indonesians, Mandela has always been a source of joy and pride, especially as he was fond of batik and often wore it, even in his international appearances.

Nonetheless, it was evident that interesting insights can be explored and such data visualizations can help us show the big picture. It also highlight events and facts that we are not aware of in the traditional context.