You are browsing the archive for Responsible Data. 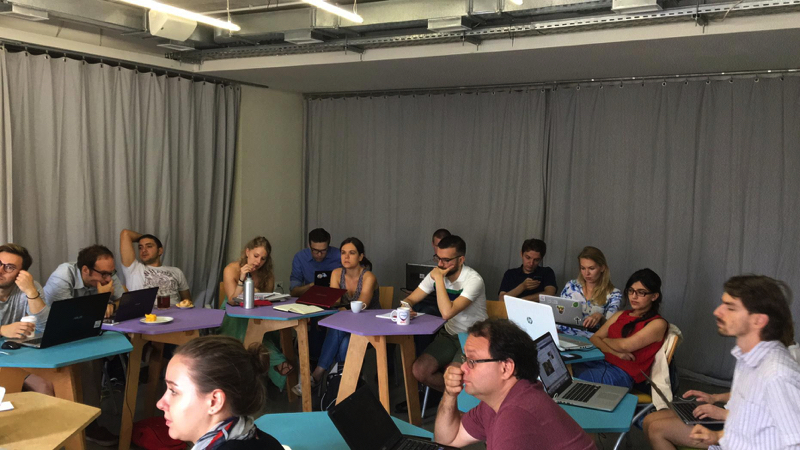 Working on Responsible Data is about asking some key questions: how can we ensure the right to consent for individuals and communities? How can we preserve privacy, security and ownership around their data. These issues should be balanced with the need to create meaningful impact with a project or a story. Which makes journalists one of a prime audiences for Responsible Data training. So I was excited when I was invited to hold a session at a big event for journalists and independent bloggers, organised by Sourcefabric in Odessa, Ukraine.

As news stories incorporate more (personal) data than ever in their work, journalists face several challenges related to the responsible use of this data – sometimes without being aware of them, as the discussion with my audience showed. We explored three issues often found in popular stories of the year past: the need for informed consent, the risks of covering war casualties, and the issues related to public ratings.

Why we need informed consent

As social media data becomes an attractive source of data and stories for news outlets, they get reminded that the rules related to traditional reporting, such as informed consent, still apply – but the nature of social media as a medium making much more complicated than just reaching out to the heroes of your story. We discussed this issue using the example of Buzzfeed’s article on sexual assault. In this case, the journalist embedded in her story several tweets from Twitter thread on this topic and made sure to have the consent of those whose tweets were quoted in the story. The problem was that it was extremely easy to get to the whole Twitter thread in one click and read the stories of those who did not want to get “popularity” brought by an article on Buzzfeed. They couldn’t reasonably expect such a high level of visibility after answering in a Twitter thread.

This is an issue explored by Helen Nissembaum, who explains that privacy is not binary and should be understood in context: people have a certain expectation of the final use of the information that they share. Once the receiver of that information (an individual on Twitter vs Buzzfeed readers) or the transmission principle (Twitter thread vs Buzzfeed article) changes, it creates a perceived violation of privacy.

As pointed out by participants, getting informed consent is not always easy in the kind of reporting, which heavily relied on social media, even though using human faces and personal stories is crucial to create impact to a story.

The risks of covering war deaths

Another example dealt with the potential issues linked to interactive maps, when used as a data story medium. Not just the usual complications of getting a complex story right, but also the connected problems of geolocation data as a possible privacy issue. There is as well a a need to consider the wider context – as with the reuse of CNN’s War Casualties Map in stories about other armed conflicts, and the possible danger for relatives of deceased fighters, who fought “for the wrong side”. Also, we looked into the problem of false sense of accuracy in the highly uncertain situation of war casualty statistics, like in the example of civilian casualties during the Syrian conflict in the example below: 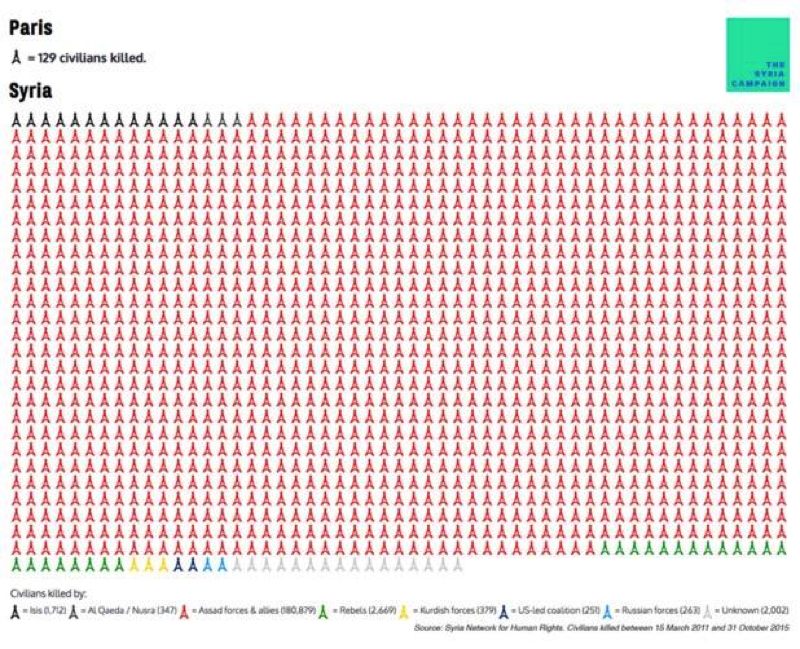 The issues with public rating

At the end, we spoke a bit about the sad example of the now closed Schooloscope project. While there are many lessons to be learned from this example, we spoke mainly about how the revelation of school ratings, without any public policy involved in place to fix the problem, was damaging to the communities involved. As a good counterexample of a solution, not just problem-driven data journalistics, I presented ProPublica’s project on public schools inequality.

As a speaker, working with a less-experienced audience, and the need to locate my presentation in the wider context of a data literacy event was a challenging, but extremely interesting task.