At School of Data, we care about making sure that our teaching spreads beyond the people we train directly and expands its impact.

We caught up with a few of our learners several months on from a training session to see how lessons from the workshop affected their work when they got back home.

Danela’s story: Working towards an Open Government in Croatia

In March 2013, Danela Zagar, communications officer of GONG, a non profit dedicated to working towards an Open Government and citizen participation in Croatia attended the School of Data ‘Wrangling for Watchdogs’ workshop in Berlin.

“First of all, just talking with the trainers -all with so much experience – and getting the chance to discuss the best practices and examples of visualizations gave me insights which were so useful for my daily work. The workshop was really dynamic and effective. It left us with the confidence that you don’t have to be an IT geek to do sexy visualisations!”

In the last few years, Croatia has taken significant strides towards establishing a more transparent and accountable government.

In February 2013, after almost a decade of discussions, the Croatian Parliament adopted a new Freedom of Information Act (FOIA), that redefined transparency and made access to information a constitutional right. 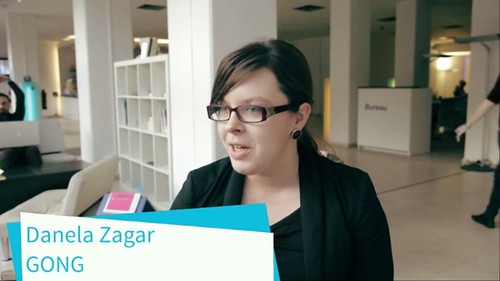 GONG, a representative for Croatia in the Open Government Partnership, is a non profit dedicated to working towards an Open Government, and citizen participation in Croatia.

Danela pointed out that before the workshop GONG had gathered a relatively large amount of data through research on the enforcement of FOIA and desired to use those datasets to create interactive visualisations that would capture the imagination of its citizens and engage them in the political process. The members of GONG were unaware of the many simple and free tools and apps available to deal with data. Danela feels the workshop was a perfect solution for her.

She also emphasised the value of being able to network with similar minded people and share knowledge in a collaborative environment.

“For me one of the biggest successes was networking with people – Croatia was becoming an EU member in that period – networking with organisations that are dealing with topics similar to GONG’s was crucial for me and my work,” 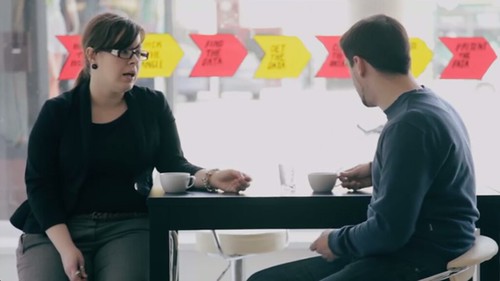 GONG has also advocated for some crucial changes in the FOIA last year. GONG has pushed for data to be available in user friendly, easy to read and searchable formats.

The organisation is currently working, in collaboration with UK based organisation mySociety, on a Croatian version of the online portal, AsktheEU.org, which will allow citizens to request information more openly and efficiently from the Government. While Danela had already heard of AsktheEU.org before the workshop, it was only at the workshop that she got a real understanding of how the platform worked, and came up with the idea of building a similar local platform for Croatia.

Danela hopes more such workshops are organised soon and says it would be most valuable to dedicate more time to deal with specific problems and gain further experience. 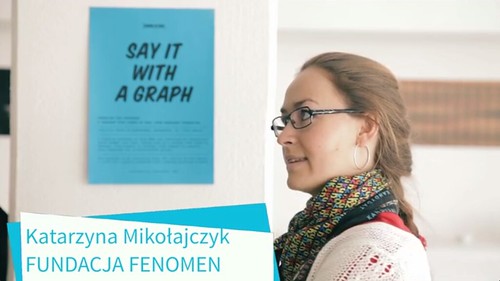 Katarzyna Mikolajczyk, also known Kasia, works for Fundacja Fenomen (Phenomenon Foundation), a small, volunteer driven NGO in Łódź, Poland. Phenomenon Foundation works to raise people’s awareness that they can be crucial participants in government, and not just the subject of government decisions and activities. Like Danela, she attended Wrangling for Watchdogs in March 2013.

Having some data and visualisation skills, Kasia was often selected to look through and work with documents that were data heavy. However, she explains, that she often had to spend hours on them sorting them manually.

“Somehow they reached and touched me and my organisation, and through us many other organisations and individuals. I think its working very, very well”. 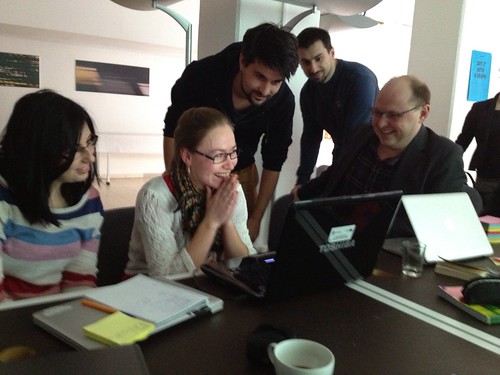 Kasia was the first participant ever to shed ‘tears of joy’ at a School of Data workshop.

She had come to the workshop with a specific project to complete and a very strict deadline. Kasia had less than a month to organise 36 citizen meetups in Łódź. She needed a way to capture the imagination of citizens by visualising open government data – like the participatory budget of Łódź – in order to convince them that their participation in decisions around how money is spent in their city can make a real difference.

School of Data team worked with her, showing her how to create a visualisation with OpenSpending. In the final session of the final day, as organisers had started to pack up the room, Kasia got her wish – she had managed, all by herself, to visualise the participatory budget of Łódź. Tears ensued (good ones).

The tools that School of Data introduced Kasia to continued to help her in her work in many other ways. She explained:

“It took me two to three days to organise and book all the meetup venues, but it only took me five minutes to put it all on a map! It was really great!”.

Since then Kasia has been using those tools almost everyday. It has made her work both more time efficient and effective. Over the past nine months since she attended the workshop, Kasia has even taught some of these useful skills and tools to the staff and volunteers in her organisation.

“I have even been to sessions in other cities to show people what’s possible with these tools. In March 2014, I am going to another city to show others working in NGOs how to work with data and easily visualise it,” she said.

In Łódź, Kasia found that through the visualisation of the budgets, as citizens started to better understand where their money is spent, more and more of them have taken interest and come forward.

“I am not sure how long it will take, but I am sure that the more people that have this data, and understand the budgets, the more transparent and accountable our Government will be,” she emphasised.

After the success with the participatory budget, Kasia has set her sights on involving people in the city’s general budget too. She hopes that it can be used more effectively for the city and its needs. We look forward to following her journey and hearing great things.