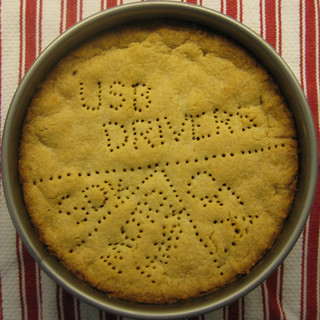 This week we have big news. The first courses of the School of Data are already available. If you are new on this, have a look to them. You will see that data is not so scary as it seems.

We also bring you some tips about how to design and make more functional your data visualisations. First, you must keep in mind what Naomi Robins wrote in her blog a few months ago and that was recently republished by datadrivenjournalism.net: consider your message when choosing what chart to use.

But it’s not just about selecting the right kind of visualisation, it’s also important to make it look nice. Tony Hirst wrote about this a few days ago, when he saw the ‘chart equivalent of comic sans’.

And if you are a big fan of radar graphs, maybe you should have a look to this post by Alberto Cairo and read why he thinks you should avoid them 99.9% (he just used them twice in his whole career)

Open data
French organisation Regards Citoyens published in the OKFN blog a post about the revision of the Public Sector Information Directive in the European Parliament. Probably it will include some of the demands made by the open data movement, but the French group is asking citizens all around the EU to contact their MEP to make sure that the public sector starts using open formats.

But there are some countries in Europe without a Freedom of Information Act. For example, Spain, where the open data group Tu Derecho a Saber has released a report about transparency. According to their figures, 86% of the times that a citizen ask for information, he or she doesn’t receive a satisfactory answer.

And in the other side of the Atlantic, also in a Spanish-speaking country, they also have the same problem. In Argentina there isn’t a Freedom of Information Act, and from the newspaper La Nación they recommend more activism to make more pressure on the government.

If you want to contribute to the open data movement, the OKFN needs your help. You can make a donation or become a regular supporter.

Inspirational
There are pieces of work that can amaze data supporters and readers in general. Like this map made by LA Times using CartoDB. They show the response time of the fire department in the whole city.

And if you like to use data to analyze everything that your government does, have a look to this to projects made by The Guardian. In the first one they explain with numbers how the British work programme failed and in the second they visualise government spending by department.

But data is not just about ‘hard news’. If you want to relax and play some music, you can also entertain yourself diving into 50 years of concerts of the Rolling Stones. Mapped!

Events
If you are going to be in the United States this week, remember that The New York Times is hosting a HackDay the 8th of December.

And talking about Americans, T. Miller from ProPublica is going to be in Vienna next February giving a basic training in data journalism.

← The Webpage is the API – Scraping Resources
Book Review: The Functional Art by Alberto Cairo →