Data doesn’t go on holiday, but data people do. Still interesting things have been happening around the world. Visualisation tips, how to stop bus crowding and some juicy new datasets from New York City. 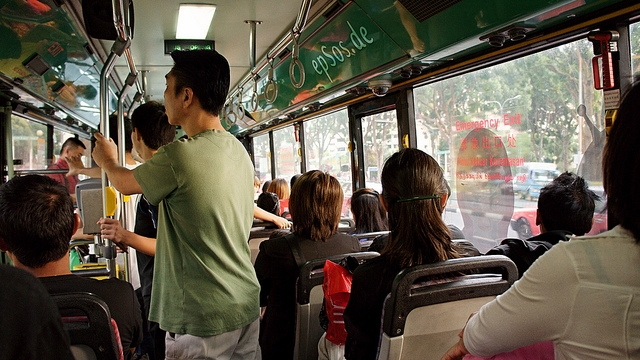 COURSES, TOOLS & EVENTS
Here are some tips on visualisation from the best in science academia. A useful resource has opened up for one month at Nature.com where their columns on visualizing scientific data were made available to view for August.

Want to learn faster and get more done? This writer on Machined Learnings advocates using less data… to start with at least.

Looking for an introduction course to data science? London’s General Assembly will be holding one on the 19th August… a £20 introduction to the basics.

And there’s a funding opportunity from @Sciencewise – a resource center set up to help policy-makers in science and technology explain what they do better. See their call for proposals on how to advance open government through public dialogue.

Who lives where: Christians, Shia Muslims, Wahhabists – the Financial Times has mapped religious diversity in the Middle East.. a useful look at a complex region.

Another interesting visualization of global problems comes from John Beieler who has shown all global social disturbances since 1979 on a fast-moving timeline map. He used data from the University of Dallas which recorded daily disturbances worldwide for the past forty years to create this.

And on a less globally-significant level, this is what Reddit conversations look like, visualized with d3 and embedly.

And if you think your data visualisations are fancy: take a look at these from 13th century monks on the Visual Complexities blog. There are some striking similarities with today’s visual ideas.

You wait ages for a bus and then three come along at once? How Chicago city hopes to fix this age-old problem… by cutting bus crowding with data.

New York City has released some very detailed datasets on land use, including very detailed maps of the waterfront, information about taxes and political boundaries.

And finally, the University of California inches closer to open – and free – academic publishing.