SQL: The Prequel (Excel vs. Databases) 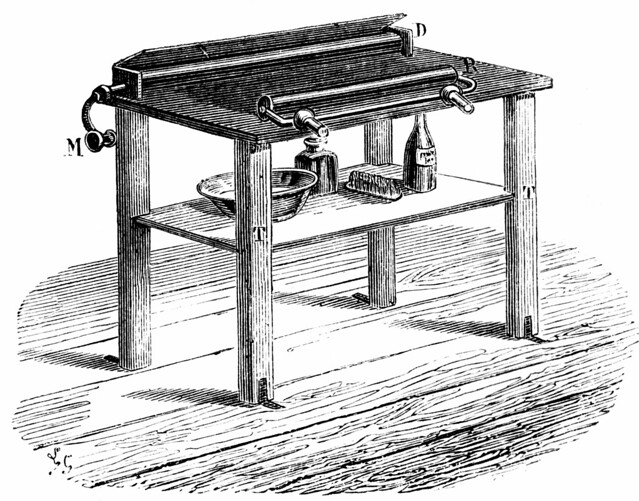 School of Data is re-publishing Noah Veltman‘s Learning Lunches, a series of tutorials that demystify technical subjects relevant to the data journalism newsroom.

This first Learning Lunch is about the database query language SQL and how it compares to Excel.

What Excel is good at

Excel gets a bad rap. It’s a very flexible, powerful piece of software that’s good at a lot of things.

What Excel is bad at

Unfortunately Excel also has its limits. It’s pretty bad at some other things.

What is a relational database? We could get very picky about terminology, but let’s not. Broadly speaking, it consists of a “server” that stores all your data (think of a huge library) and a mechanism for querying it (think of a reference librarian).

The querying is where SQL comes in, emphasis on the Q. SQL stands for Structured Query Language, and it is a syntax for requesting things from the database. It’s the language the reference librarian speaks. More on this later.

The “relational” part is a hint that these databases care about relationships between data. And yes, there are non-relational databases, but let’s keep this simple. We’re all friends here.

Everything in its proper place.

A database encourages you to store things logically. Sometimes it forces you to.

Every database consists of tables. Think of a table like a single worksheet in an Excel file, except with more ground rules. A database table consists of columns and rows.

Every column is given a name (like ‘Address’) and a defined column type (like ‘Integer,’ ‘Date’, ‘Date+Time’, or ‘Text’). You have to pick a column type, and it stays the same for every row. The database will coerce all the data you put in to that type. This sounds annoying but is very helpful. If you try to put the wrong kind of data in a column, it will get upset. This tells you that there’s a problem with your data, your understanding of the data, or both. Excel would just let you continue being wrong until it comes back to bite you.

Columns define the structure of your data.

Rows are the actual data in the table. Once you establish the column structure, you can add in as many rows as you like.

Every row has a value for every column. Excel is a visual canvas and will allow you to create any intricate quilt of irregular and merged cells you’d like. You can make Tetris shapes and put a legend in the corner and footnotes at the bottom, all sharing the same cells.

This won’t fly with a database. A database table expects an actual grid. It’s OK for cells to be empty, but to a computer intentionally empty is not the same as nonexistent.

More on this later, but part of putting everything in its proper place means making it easy to break up your data into several tables for different data categories and work with them as a set.

A database focuses only on the data layer of things and ignores visual presentation. Colors, fonts, borders, date formatting, and number formatting basically don’t exist. What you see is mostly what you get. That’s good news and bad news: it means that a database is usually really good at what it does do, but it also often needs to be paired with other things in order to create a final product, like a chart or a web page. A database is designed to plug in to other things. This extra step is one of the things that turns a lot of people off to databases.

By being really good at data storage and processing and not at other things, databases are extremely scaleable. 1 million rows of data? 10 million? No problem. For newsroom purposes, there’s virtually no upper limit to how much data you can store or how complicated you can make your queries.

Databases are great for preliminary analysis, exploration, and data cleaning. But they’re even better for connecting to something else once you know what you want to do with the data. Virtually every web application is powered by databases like this. When you log in somewhere, it’s checking your username and password against a database. When you go to IMDB and click on a movie, it’s looking up a database. Twitter, Facebook, Gmail, it’s databases all the way down.

When it comes to news features, a database usually gets involved when the amount of data is large or it is expected to change over time. Rather than having a static JSON file with your data, you keep a database and you write an app that queries the database for the current data. Then, when the data changes, all you have to do is update the database and the changes will be reflected in the app. For one-off apps where the data is not going to change and the amount is small, a database is usually overkill, although you may still use one in the early stages to generate a data file of some sort.

If you’re using an API to feed current data into an app instead, you’re still using a database, you’re just letting someone else host it for you. This is much easier, but also poses risks because you access the data at their pleasure.

Potential semantic quibble: sometimes an app isn’t directly accessing a database to fetch information. Sometimes it’s accessing cached files instead, but those cached files are generated automatically based on what’s in the database. Tomato, Tomahto.

So when should I use a database instead of Excel?

Excel and databases are good for very different things. Neither is per se good or bad. A rule of thumb: you should strongly consider using a database for a project to the extent that the following are true:

OK, I’m intrigued. How do I get started?

Because databases have a learning curve, it makes sense not to dive in too deep right away. Start off using it only in cases where the advantage is especially strong and your needs are pretty simple. As your comfort level increases, you’ll increasingly look towards databases to get what you want faster.

SQLite is a good way to get started. You can install the “SQLite Manager” add-on for Firefox and do everything within the browser.

A SQL tutorial based on SQLite: https://github.com/tthibo/SQL-Tutorial

Microsoft Access runs on SQL and presents a more traditional desktop software interface. Depending on who you ask, it’s either a helpful tool or just makes things more confusing. I wouldn’t personally recommend it, but your mileage may vary.

You can set up a shared web hosting account as a sandbox to play with this. This can cost as little as £20 a year. These accounts typically come with an interface to let you create, edit, and interact with databases without writing any SQL. They also give you a place to play around with any other web-related skills you’re interested in and share the results with others!

Option 4: Install MySQL or PostgreSQL on your computer

You can install MAMP on a Mac or WAMP on a Windows PC. This will install MySQL as well as a great web-based interface called phpMyAdmin (http://www.phpmyadmin.net). Once you have MySQL installed, you have lots of additional options for free software to serve as a browser/editor for your SQL databases. If you prefer you can install PostgreSQL instead, a slightly different database flavor (there are many different flavors of database but MySQL and PostgreSQL are two popular ones with lots of documentation, don’t overthink it for now).

Appendix: querying for fun and profit

Much of the power of relational databases comes from SQL, a very flexible language for asking a database questions or giving it orders. The learning curve is steeper than Excel, but once you get the hang of it you can quickly answer almost any question about your data. Let’s go through some brief examples of how a desired action looks in SQL.

The basic building blocks of SQL are four verbs: SELECT (look up something), UPDATE (change some existing rows), INSERT (add some new rows), DELETE (delete some rows). There are many other verbs but you will use these the most, especially SELECT.

When creating our table, we might also specify things like “country can be empty” or “gender must be either M or F.”

Query 1: Get a list of all the athletes in alphabetical order. This will show you the entire table, sorted by name from A-Z.

Query 2: Get a list of all the athletes on Team GB. This will show you only the rows for British athletes. You didn’t specify how to sort it, so you can’t count on it coming back in the order you want.

Query 3: What country is the heaviest on average? This will take all the rows and put them into groups by country. It will show you a list of country names and the average weight for each group.

Query 4: What birth month produces the most Olympic athletes? Maybe you want to test an astrological theory about Leos being great athletes. This will show you how many Olympic athletes were born in each month.

Query 5: Add a new athlete to the table. To insert a row, you specify the columns you’re adding (because you don’t necessarily need to add all of them every time), and the value for each.

Query 6: Get all male athletes in order of height:weight ratio. Maybe you would notice something strange about Canadian sprinter Ian Warner.

Query 7: If you got your data from london2012.com, you would think 5′ 7″ Ian Warner was 160 kg, because his weight was probably entered in lbs instead. Let’s fix that by UPDATEing his row.

Query 8: Delete all the American and Canadian athletes, those jerks.

Bonus Level: multiple tables and a brief taste of JOINs

You probably have a lot more data than just athletes. For each country, you might also have its flag, its population, and its capital city. You also have all the Olympic events, which athletes participated in them, which venues they were at, which sport category they belong to. For each event, you also end up with results: who got which medals, and in some cases what the finishing times/scores were.

You might have a spreadsheet where each row is an athlete, and then you have a long list of columns including lots of redundant and awkwardly-stored information, like:

This mega-spreadsheet approach has all kinds of weaknesses:

SQL lets you keep these things in a bunch of separate tables but use logical connections between them to smoothly treat them as one big set of data. To combine tables like this, you use what are called JOINs. In a single sentence: a JOIN takes two tables and overlaps them to connect rows from each table into a single row. JOINs are beyond the scope of this primer, but they are one of the things that make databases great, so a brief example is in order.

You might create a table for athletes with basic info like height & weight, a table for events with details about where and when it takes place and the current world record, a table for countries with information about each country, and a table for results where each row contains an athlete, an event, their result, and what medal they earned (if any). Then you use joins to temporarily combine multiple tables in a query.

How many medals does each country have?

Noah Veltman is a 2013 Knight-Mozilla OpenNews Fellow and a developer/data journalist on the BBC Visual Journalism team. Some of his projects can be found here: http://noahveltman.com/sandbox/