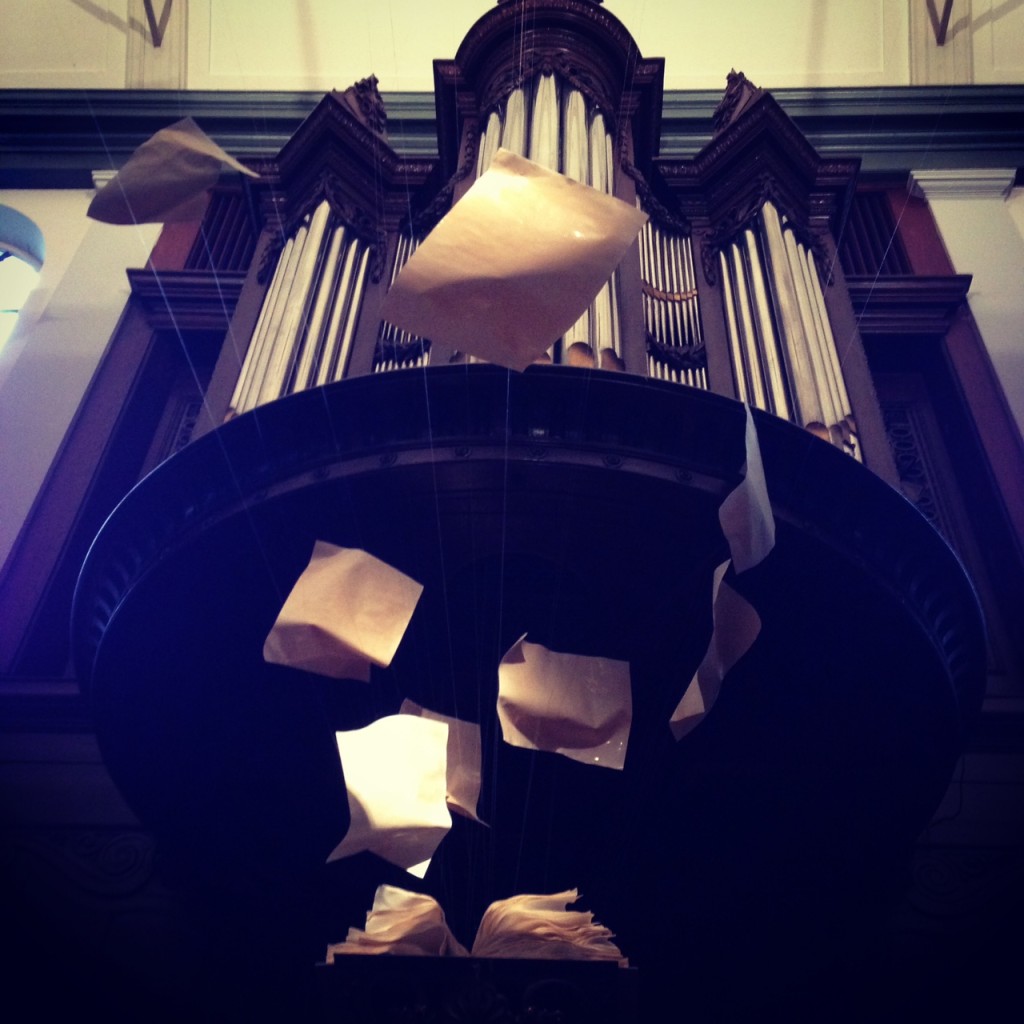 Exploding book in the pulpit of the Algemene Doopsgezinde Sociëteit in Spui, Amsterdam where some of the sprint took place

Last week I attended the 7th annual Winter School at Amsterdam University. Run by the Digital Methods Initiative, it took the form of a data sprint in which students joined professional developers and designers to answer research questions using social media data.

The DMI group at Amsterdam have developed and collated a suite of easy-to-use tools specifically for this kind of research. They are well worth checking out for anyone interested in this field and they cover a range of techniques from web scraping to list triangulation, and can be found online here.

I joined a group looking at bias across three APIs through which you can acquire Twitter data: the Search API, the Stream API and the proprietary Firehose endpoint – generally regarded as the most complete source of Twitter data. We had three sets captured from the three separate APIs for a critical period between 7th and 15th October 2014 when the Hong Kong protests were taking place.

Other groups took on a range of tasks from mapping the open data revolution to tracking the global climate change debate. All projects deployed a range of data wrangling techniques to answer these complex social, political and cultural phenomena.

A few things I learned:

For those interested in attending a DMI school in the future – take a look at the summer school coming later in 2015.