An Open Data Hackaton for School of Data Latvia

Data Journalism has long been in the mind of Latvian journalists, but a lack of money and time has kept it from becoming an integral part of a newsroom daily life. It’s time to change it.

The Baltic Investigative Journalism Center “Re:Baltica” and Open Data Latvia joined forces to run an Open Data Hackathon on March 5th, with the goal of pushing journalists, civic activists and programmers to “hack” publicly available data together. This is at this occasion that School of Data Latvia launched, with the goal of sustaining the sparks of synergy between “techies” and “journos”. 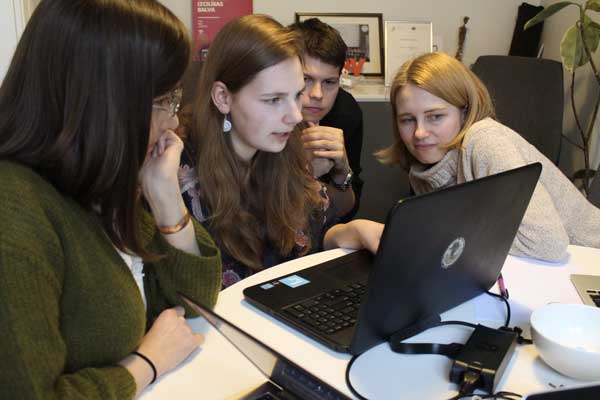 “This is the first major attempt to scale Data Journalism concept across Latvian newsrooms,” tells Nika Aleksejeva, the Head of School of Data Latvia. “Before there were a few investigations conducted by Re:Baltica that involved a heavy data analysis, but it was very rarely done by any regular newsroom. The common myth about Data Journalism here is that it’s something time consuming, expensive and requires special skills. After almost three years working with data journalists and trainers globally, I can assure, it’s not the case anymore. Media technology has evolved. Now data extraction, cleaning, analysis and visualization can be done by a regular person or in collaboration with skillful people. School of Data Latvia is here to show it to local journalists and civic activists.”

The hackathon participants were expected to produce a data-driven news headline, a visualization or an interactive application allowing the exploration of public data from a different perspective. As a result five data visualizations and two online tools were created. 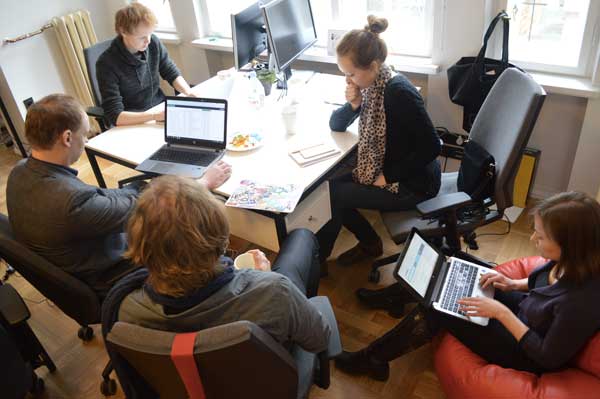 After a vote by the presents, a project that helped extracting data about public officials in digestible way was announced to be the best. Other projects covered topics like parliament deputy voting patterns, companies that win the most of Riga municipality tenders, offshore companies, foreign investment real estate deals, queues to doctors and how the amount of social budget can impact birth rate in Latvian regions.

“This is a great case study to show that the core of a data-driven story can be developed in a day,” comments Nika Aleksejeva.

The projects will be finished to get published on national media outlets and presented at the annual Latvian Journalism Conference on March 19.

The hackathon was supported by Infogr.am, Delfi.lv and Open Knowledge. See the images and watch the video, available with English subtitles.