Data Journalism for Beginners in Guatemala 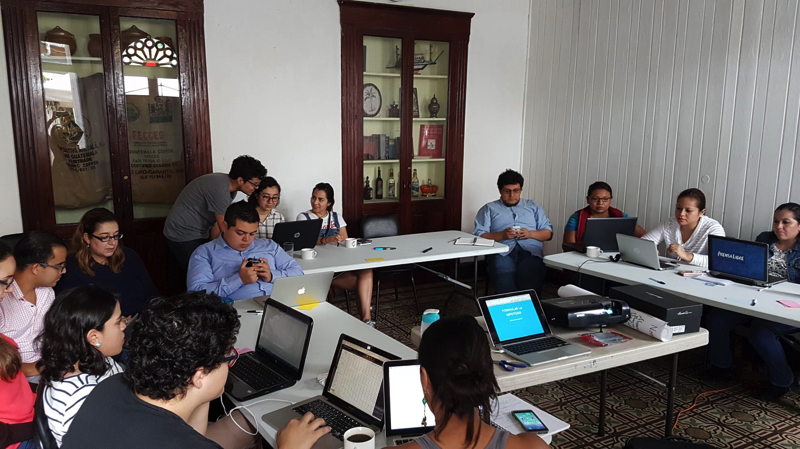 School of Data’s first data journalism workshop in Guatemala was a total success. We invited 14 journalists, video journalists and graphic designers in Guatemala to attend a four hour workshop at “Casa de Cervantes”, to learn the basic tools of data journalism. Journalists from the most important newspapers and magazines of the country attended: Soy502, elPeriódico, Prensa Libre, Contrapoder and Nómada.

In this first event, which will be followed by other regular workshops, the journalists were able to explore the data pipeline and work with a crime dataset to obtain news stories. The workshop was given by Ximena Villagrán, assisted by Daniel Villatoro.

The objective of the workshop was that after four hours, participants would be able to understand the basics of what data journalism is, when to use it and how to use it.

The workshop started with an exercise that involved only paper (not computers) to represent the data pipeline:

After this exercise, participants were given a pdf document about crime in Guatemala. We first showed them how to convert this document from PDF to Excel, before manually converting the resulting table to a database. Once the database building step was done, we started creating hypotheses and analyzing the data with Excel filters. 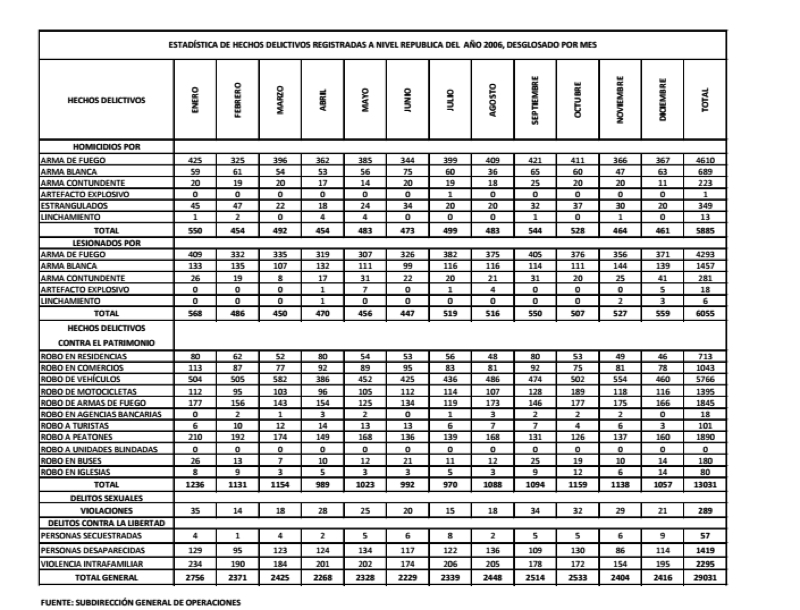 The PDF given to the participants 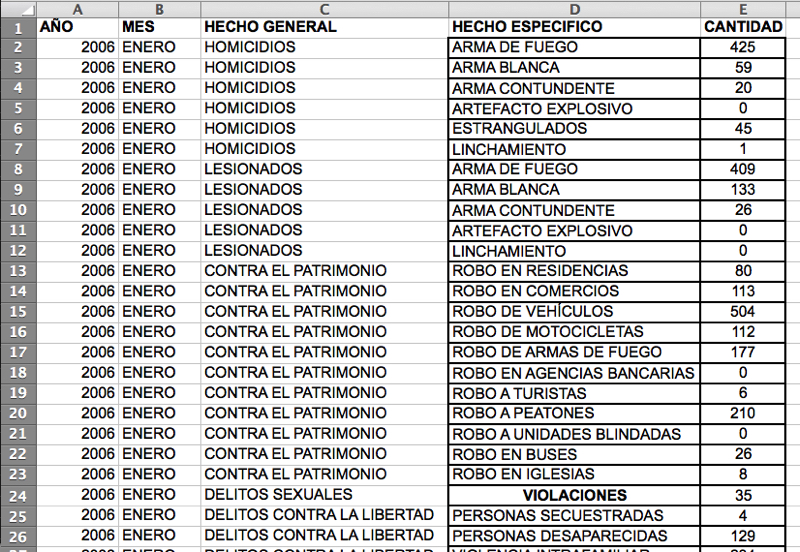 The data once converted into a database

We arranged with the group to follow up this workshop with several others, once a month, in order to learn more about data journalism, and to explore in depth the whole data pipeline.

Ximena is a 2016 School of Data Fellow from Guatemala. She is specialised in Data Journalism.