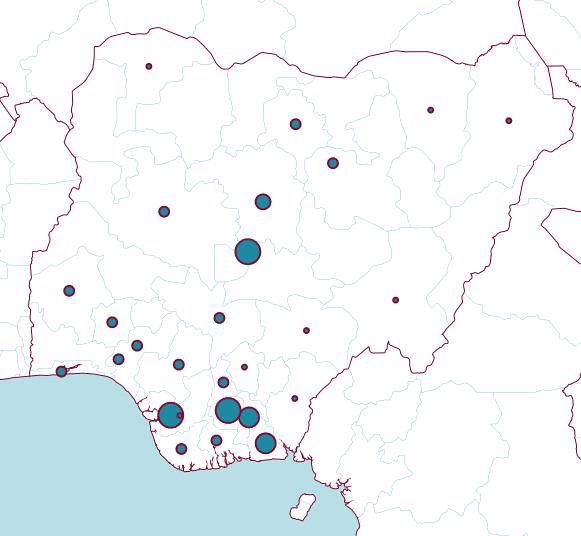 On October 10 School of Data ran a Data Expedition at the OpenGov Hub in Washington DC to explore the public contracts and finances in Nigeria. The Data Expedition was organised in collaboration with BudgIT in Nigeria: an organisation which promotes awareness about Nigeria’s finances through data driven campaigning. 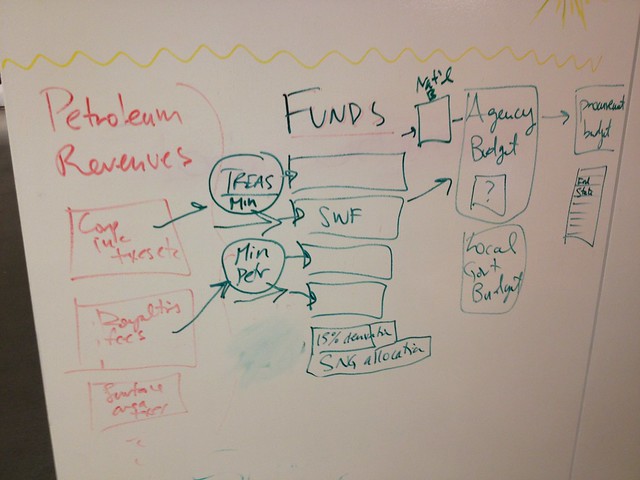 Participants at the expedition took a closer look at the complex public finances of Nigeria. Revenues from ordinary taxes as well as the extractive industry are channeled through a multiplicity of entities inside the government. Isabel Munilla led a attempt to draft a flow chart of how Nigerian revenues might be administered and steered through the government (image above).

###Mapping government contracts
Participants also decided to  investigate how federal Nigerian contracts are distributed by government departments and to which companies they are directed. The procurement data was scraped from PDF-format by BudgIT in Lagos and coded according to budget classifications, while participants at the OpenGov Hub geocoded the contracts based on locations where work and services were planned to be delivered. The geo-coding process resulted in a map of the distribution of government contracts (image at top).

The data cleaning and formatting of the procurement data also enabled the team to add it to OpenSpending. It turned out that a sizeable share of the more than 300 contracts were awarded by the Nigerian Ministry of Petroleum Resources. Many of these contracts relate to public school projects in oil rich areas as an outcome of large oil drilling contracts.

The Data Expedition was supported by the Department for International Development (UK) and concluded with presentations for members of the Steering Committee of the Global Partnership for Effective Development Co-operation. The presentations were finally followed up by a discussion about the benefits of open data in development.