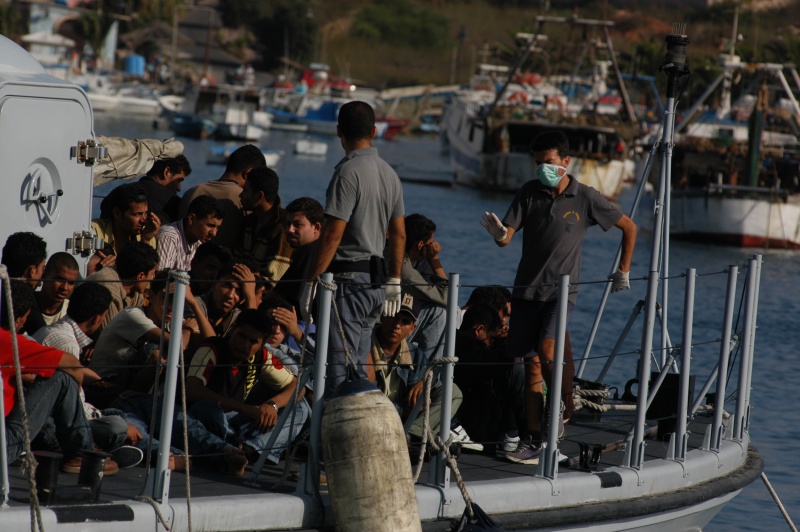 Welcome to this week’s Data Roundup. We collect articles and snippets all about Data (Learning, using and theorizing.). You can help us collecting news using the hashtag #dataroundup or by adding your ideas to the School of Data Roundup Etherpad.

On Journalism.co.uk Alastair Raid wrote about the launch on next summer of Trooclick an automatic fact-checking Firefox plug-in which will be able to verify the foundation of an article when a user reads it.

Few days before the European elections day Simon Rogers published a map of the United Kingdom with geotagged tweets mentioning the political groups represented in the parliament. Now that elections are passed it might be interesting to compare the results with the geographical distributions of the tweets.

Migration has always been a constant in human history but how did it change in the last twenty years? Discover the new routes of the migrants on the interactive chord graph “The Global Flow of People” by Nikola Sander, Guy J. Abel and Ramon Bauer.

In some countries getting a university degree might mean falling into debts of thousand of dollars. In this short article on Vox Danielle Kurtzleben underlines the increasing gap between student incomes and debts.

Alberto Cairo has recently accused websites (Vox and 538 among the others) of doing “datum journalism” and not data-journalism. The Niemanlab collected opinions from many different influential experts and academics on Cairo’s point of view.

How many satellites are there in space? Who owns or controls them? What’s their main activity? Skies are populated of these rotating objects since the launch of the Sputnik in 1957. But what happened next? The answer in this data visualization: “A visual history of Satellites”.

“Rating a Healt Law’s Success” is a great piece of data-journalism from the New York Times which shows the existing gap between nations on the number of deaths that could have been prevented with access to health care.

Milena Marin, Project Coordinator at the School of Data, collected, organized a released a list of all the interesting resources that were mentioned or used during the International Journalism Festival. You may find tutorials, readings, slides, videos and much more here.

What’s the beauty of creating data visualizations? Listen to the answer that David McCandless gave to this question at a TED talk conference.

The first week of the European Journalism Centre MOOC “Doing journalism with data” has already gone but Simon Rogers gently published the text of the first part of his module for all of those who might have missed it.

Every once in a while It is always recommendable to update your list of people to follow on Twitter. Travis Korte from the Center for Data Innovation suggests 15 woman data-lovers accounts which it might be useful to monitor.

Another useful list of resources is the one suggested by the managing editor of the International Journalists’ Network Maite Fernandez: if you are looking for guides, articles, videos or data hubs take a look here.

Working with data requires a methodology. If you are a novice you should take a look at this guide from Ictworks.org.

Open data may increase a government efficiency. If you have good idea on how to use data to improve public administration’s services then we suggest you to partecipate to the If Gov Then That initiative.

Thanks to Zara Rahman (@zararah) and Lucy Chambers (@lucyfedia) for their contributions to this edition of the Data Roundup.

← Greek Data Expedition and Data Journalism
Video: Be a School of Data Fellow →