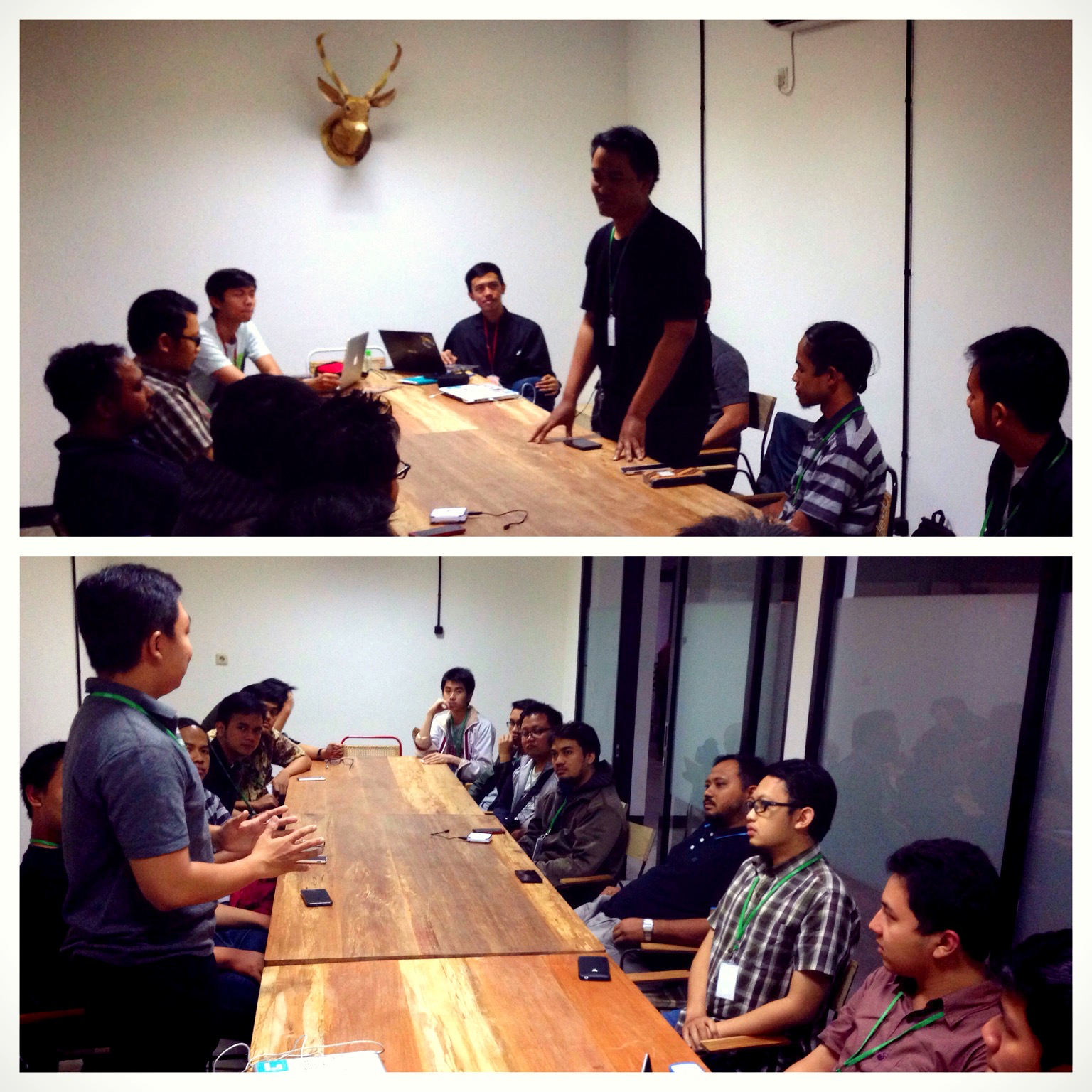 The concept of the Pizza Data community is simple : Talking about data while enjoying a slice of pizza. The first meetup was held in a co-working space in Bandung Co n Co and supported by many communities in Bandung such as Hackerspace Bandung and FOWAB . It was a fun meetup ! Eventbrite tickets were sold out, the room was fully booked and there were many people from a diverse background such as academia, business, government and social movements like Code For Bandung .

It is interesting when people from mixed backgrounds like that gather around in a room and then talk about their experiences working with data. We heard stories about the how the government collects and uses data in Indonesia, stories about how businesses uses their data and how they play with data to take business decisions based on it, and of course about the usage of data in civic tech apps. Everyone was eager to learn and share their skills, making this a very good mix of people.

Overall, it is a great first meetup that serves as a good way for the Pizza Data community going forward. Hopefully the community will grow and spread to other Indonesian cities so the knowledge and awareness about data will spread to as many people as possible in Indonesia.