Engaging more data actors in the Philippines for disaster response

Whenever there is an emergency in the Philippines, various organisations and institutions organise themselves into emergency clusters and working groups to increase the effectiveness of the response. One of the crucial elements of disaster response is information management. In various emergency contexts, an Information Management Working Group (IMWG) is established by different cluster organisations to support information management in emergencies.

After Typhoon Haiyan, the IMWG Philippines facilitated data collection, exchange and analysis across all sectors. Almost 100 individuals – from information managers to monitoring and evaluation officers, IT experts and mapping gurus – were involved in the IMWG Philippines. As well as acute emergency response, the IMWG advocates Open Data in all large-scale emergencies, pushing institutions and agencies to open up key datasets such as the number of damaged schools, affected population data, number of evacuation camps, etc.: all crucial factors in coordinating an effective emergency response.

Despite the strength of this existing network of actors, more could be done, on several fronts. Not only the individuals and organisations on the frontline of emergencies often lack data literacy, but there are very limited learning and training opportunities locally. Which means that during emergencies, the small pool of operational data actors is quickly depleted as the demand of data goes up and organisations seek data and information managers locally and internationally. A collaboration with the School of Data network could alleviate several of these issues.

Beyond making the case for a partnership with School of Data, we discussed how important it is to form partnerships with local organisations and institutions that can support data management, especially in conducting rapid needs assessment and analysis, the use of innovative tools for data collection and analysis such as Kobo Toolbox, RapidSMS, and crowd-sourcing to identify needs and gaps e.g.Crisis Mappers, Twitter. 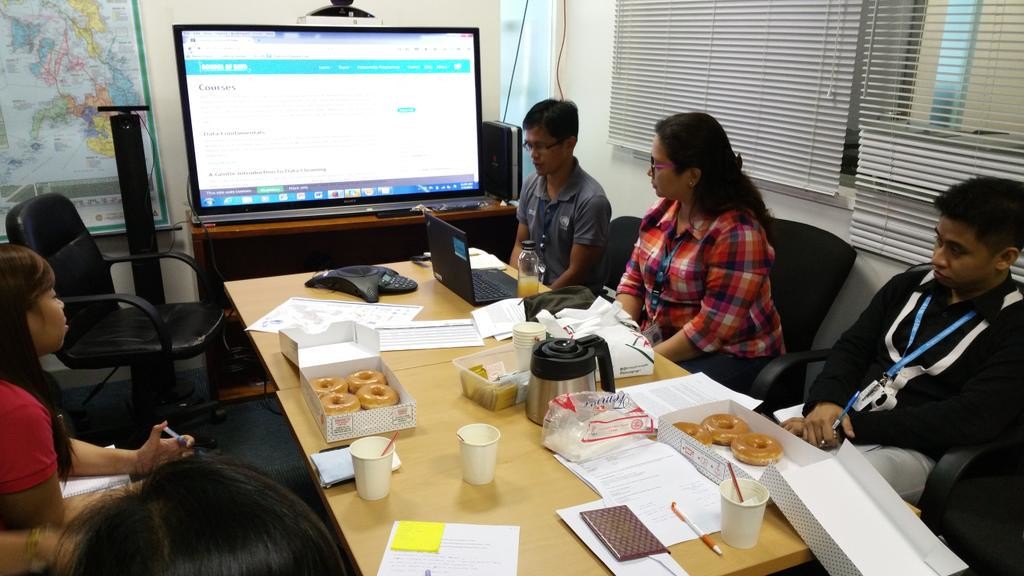 3 July 2015 – Presenting School of Data to members of the Information Management Working Group in the Philippines.

In network building, it is very important to focus on a niche in which you are skilled and familiar. I hope to combine the data management skills already present in the Phillipines with the enormous networking potential of School of Data to provide increased personnel at times of disaster – both in terms of individuals and collaborations between IMWG and similar organisations.

Got fresh ideas or interested to know more about this collaboration? Feel free to drop me an email at [email protected]

← School of data in Mexico City!
We are learning more about Data Literacy →