The state of Open Data in Burkina Faso

The Burkina Open Data Initiative (BODI), set by the National Agency for the Promotion of ICT (ANPTIC), leads the open data community in Burkina Faso. Created in 2013, BODI has undertaken many activities, including building a strong community of local Civil Society Organizations (CSOs) and Non-Governmental Organisations (NGOs), Government Bodies and International Organizations. The Open Data Portal is also one of BODI’s key achievements. At the present time, nearly 200 data sets have been released. 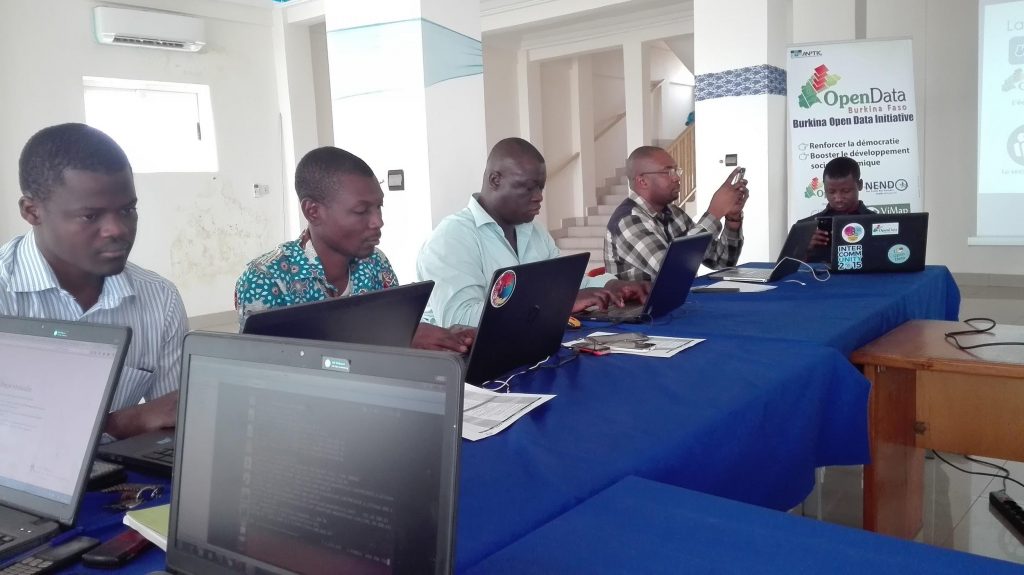 Workshop at ANPTIC headquarters for the development of the NENDO Application

To engage more people around the Open Data Initiative, BODI organises workshops and conferences in order to strengthen its partnerships with relevant stakeholders.

Education data as a starting point

In fact, data on Education has been released in partnership with the Ministry of Education, but also with the partnership of local communities. The whole process started in April 2014, in the coworking space Jokkolabs, with a workshop with Government bodies, the National Agency of Statistics and Demography, The World Bank, OpenStreetMap Burkina and many NGOs.

The Education dataset serves also as a case study for BODI to showcase the benefits of Open Data. For instance, a Web Application called NENDO is being developed. The NENDO Application shows a multilayer digital map of primary schools and kindergartens with their characteristics. CSOs like Open Burkina, BEOG NEERE, JokkoLabs, OuagaLab and also the Ministry of Education were associated in the Development of NENDO through a series of workshops and bootcamps organised at ANPTIC headquarters.

Recently, always with the spirit of inclusiveness, BODI approached the Agriculture, Water and Environment Sectors. A workshop was conducted on December 2015, with the participation of relevant stakeholders of the above sectors, including IRC Wash, the Ministries in charge of Agriculture, Water, Environment, and their respective specialised bodies. The aim was to present the work already achieved in releasing data regarding drinkable water wells. Malick Tapsoba, Deputy Manager of BODI, encouraged the ministries to release more data in their possession, in order to better inform decisions at all stages and trigger innovation for the benefit of all.The World Bank is the main funder of all the initiatives cited above.

Events and conferences as additional initiatives

Some media, mainly online media like Burkina24 and LeFaso.net, are always associated with BODI activities. These media are not only covering BODI’s events but they are participating as key data practitioners for the eclosion of a stronger data journalism community. In fact, data journalism trainings are organised for media, including bloggers, by the ANPTIC and BODI’s team.