You are browsing the archive for Brazil.

Reflections from the field #1: It’s not enough to do great work. Talk about it

A lot of projects using data are making a great impact. We just don’t notice them because people don’t tend to advocate about their work 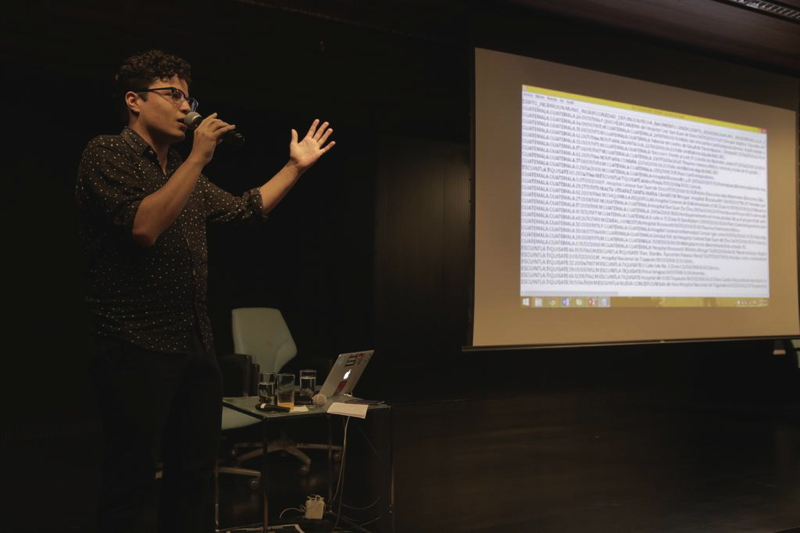 During #CodaBR, the first ever Brasilian Conference of Data Journalism, the last session of the event was a showcase of the groundbreaking work of Latin American journalists. So often, we reference the work of more-developed countries, whose work achieves greater prominence thanks to their rich resources. Countries with a bigger rate of internet users and easy access to the latest technologies have a technical advantage and tend to be more able to produce cutting edge work.

Often, those working in smaller, less-developed countries tend to envy the work that happens in more-developed contexts, but Latin America has proven that the work produced within the continent is not just of good quality, but also tackles social justice issues from within a local context, thereby making the work of greater merit.

In a series of Lighting Talks, three local projects and two from other countries (Peru and Guatemala) showed the impressive range of impacts using data in stories has had in their work. A lot of people in the audience commented about how easily data-literacy work in Latin America can be overlooked, due to the overflow of information from more-developed countries and the lack of communication channels for journalist to showcase and advocate about their work.

Here are few great examples that were presented during the conference:

OjoPublico, a team from Peru, have tracked the corruption that affects the political campaign funding system in their country. The work is comprehensive, with visualizations, tools, and practical explanations of the ways in which these money transfers happen. Antonio Cucho, developer and founder, took us on a tour of the flow of money behind the Peruvian political campaigning system. 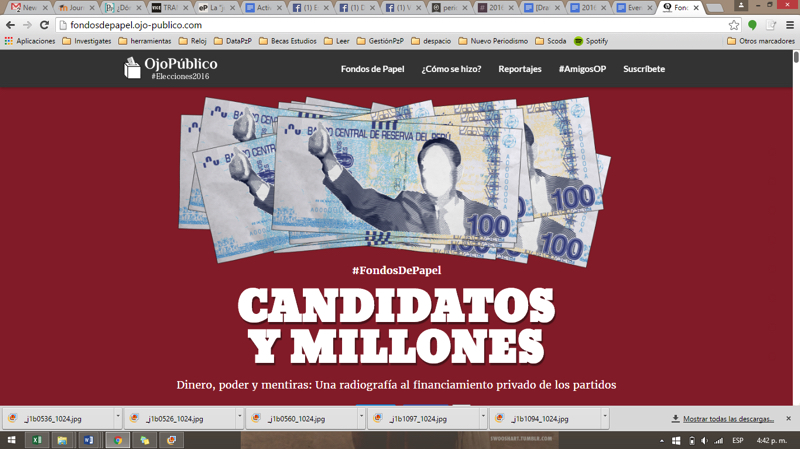 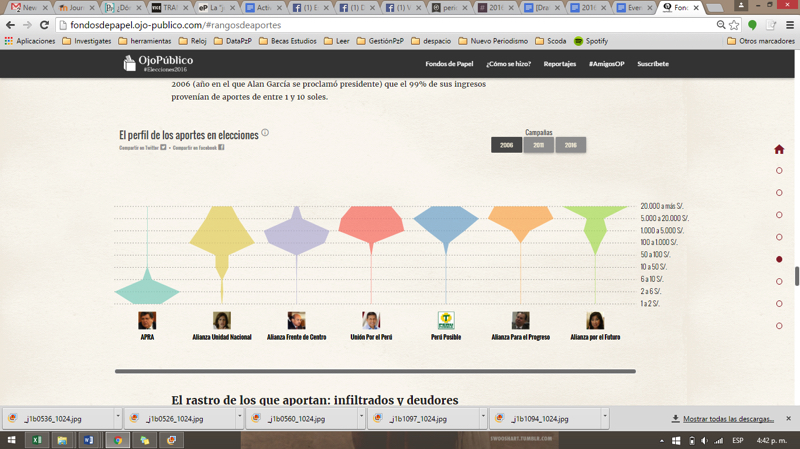 From Brazil, Daniel Bramatti talked of how he uncovered the way the government gave billions of reais to private Brazilian universities in order to increase the number of graduates in the country, but failed. The work is all explained in these seven graphs: 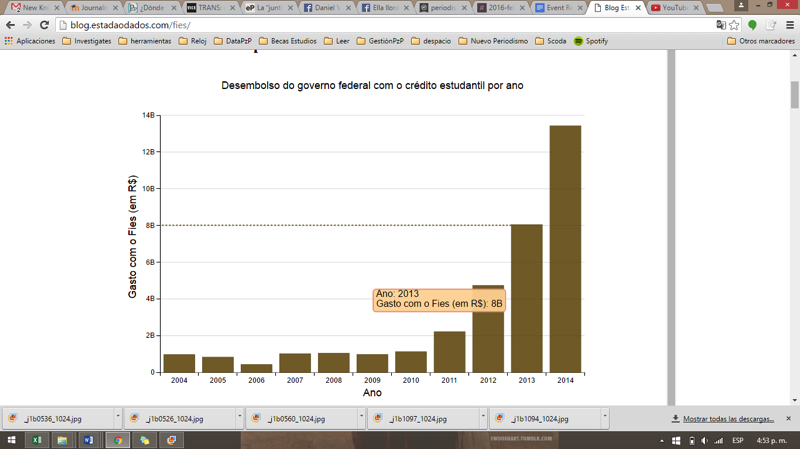 With highly developed storytelling, Daniel Flor showed many cases of LGBT-phobia in Brazil and developed a crowdsourced map for people to report cases. The lesson learned? When there’s no data to work with, build a way to obtain it. Collecting is a vital part of the process of working with data. 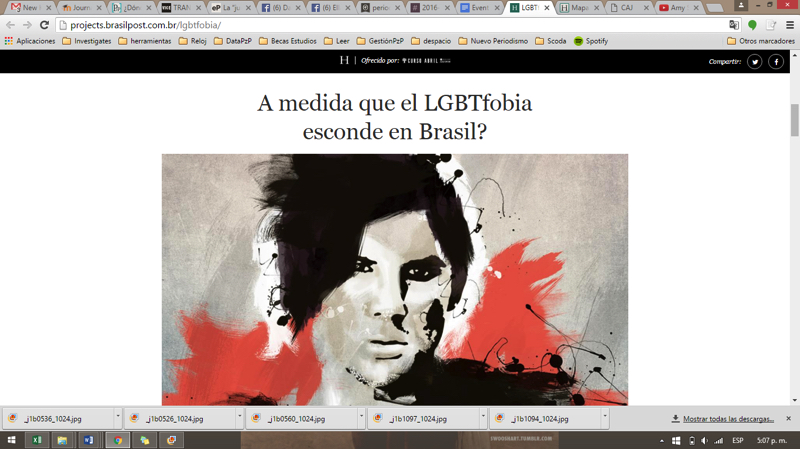 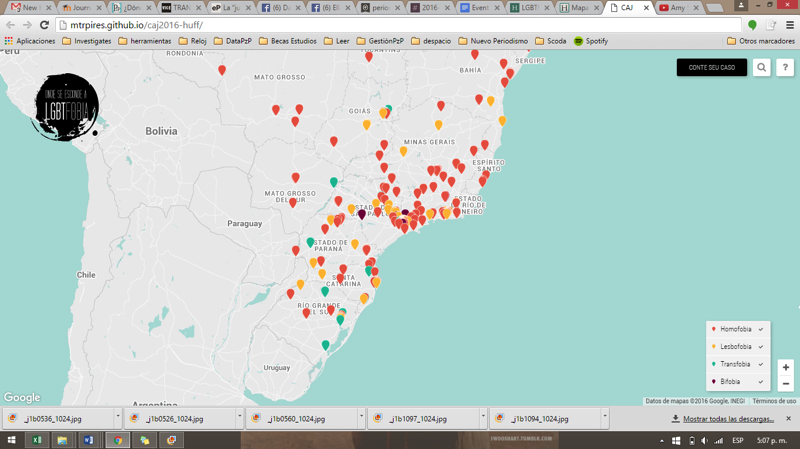 TV Globo and the murders in São Paulo

Thought that data journalism was only fit for the web or print? Think again. Luísa Brito showed how one of the mainstream Brazilian TV stations has used data in their video stories. After analysing police records in São Paulo, obtained through freedom of information act requests, TV Globo found that one in every four people murdered in the city was killed by the police. 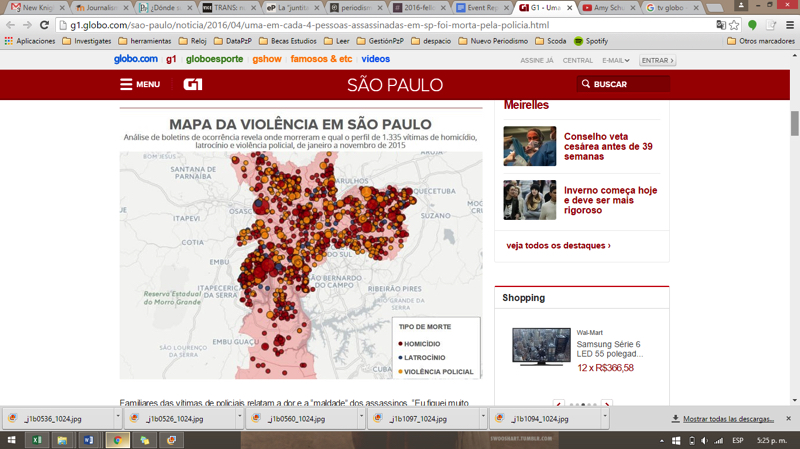 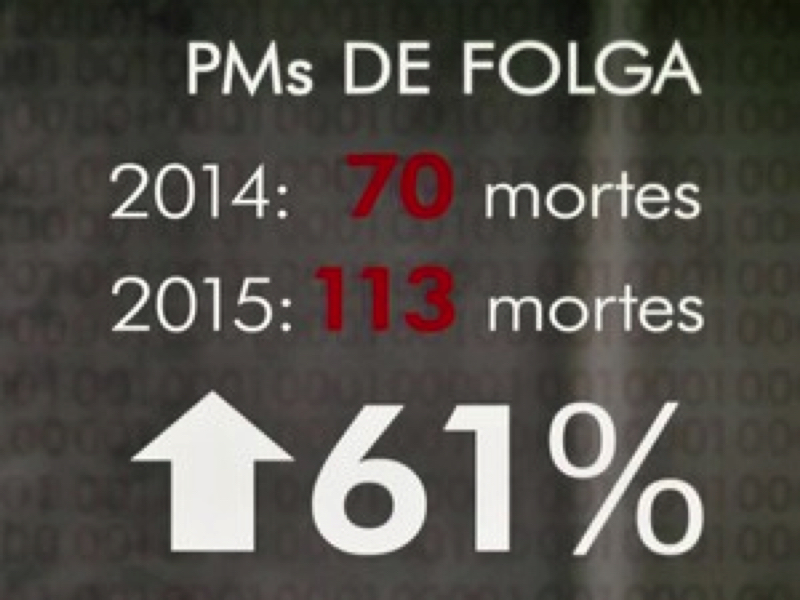 Plaza Publica and malnutrition in Guatemala

I had the opportunity to talk about the way the Guatemalan government hid the deaths of kids who died, due to malnutrition, by analysing a database of death records of the country. 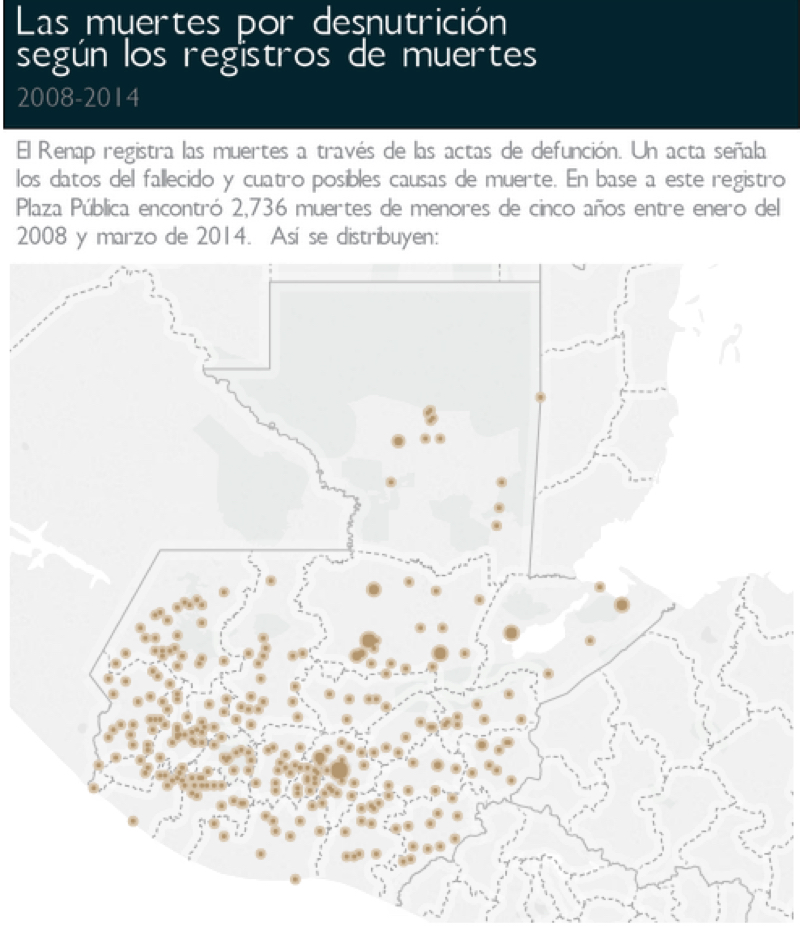 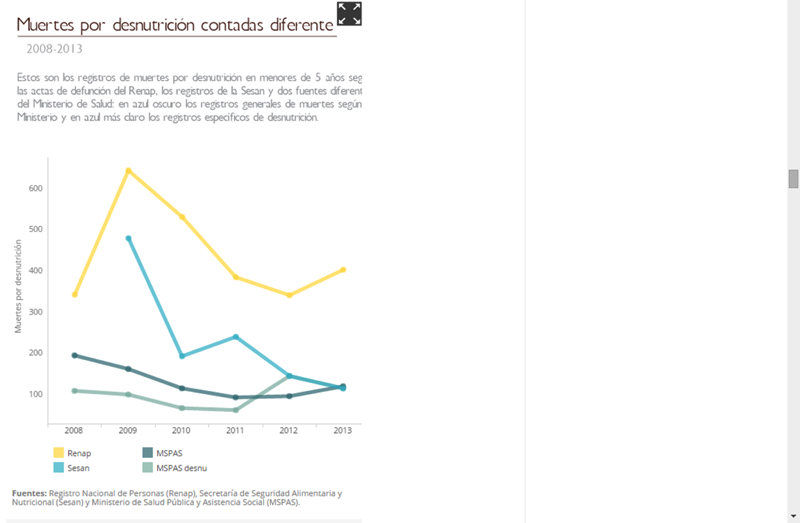 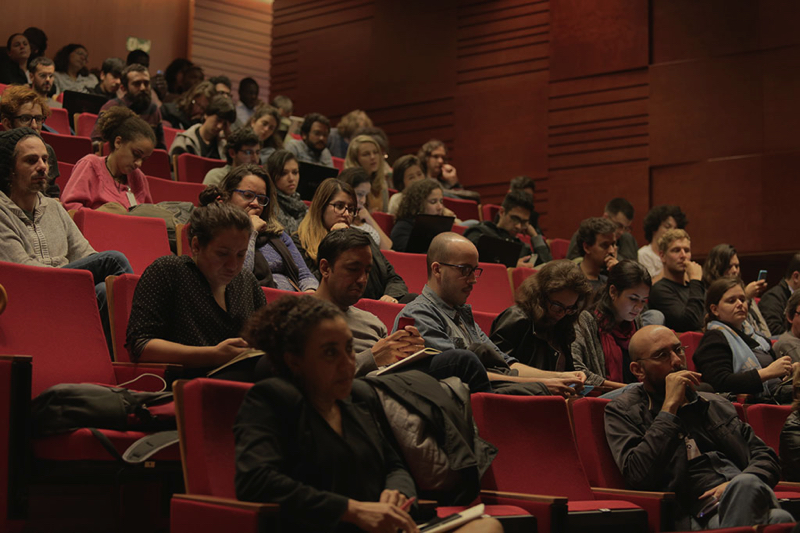 To me, it was an important lesson to learn. Data literacy practitioners who work in more difficult contexts, with less access to the latest technology and with more challenges in obtaining data that supports stories, can still produce relevant, impactful work.