I’ve traditionally used python for web scraping but I’d been increasingly thinking about using Node JS given that it is based on a browser JS engine and therefore would appear to be a more natural fit when getting info out of web pages.

In particular, my first steps when scraping information from a website is to open up the Chrome Developer tools (or Firebug in Firefox) and try and extract information by inspecting the page and playing around in the console – the latter is especially attractive if jQuery is available (and if it’s not available there are plenty of ways to inject it).

Here’s an example of inspecting the http://police.uk/data webpage with Chrome Developer tools: 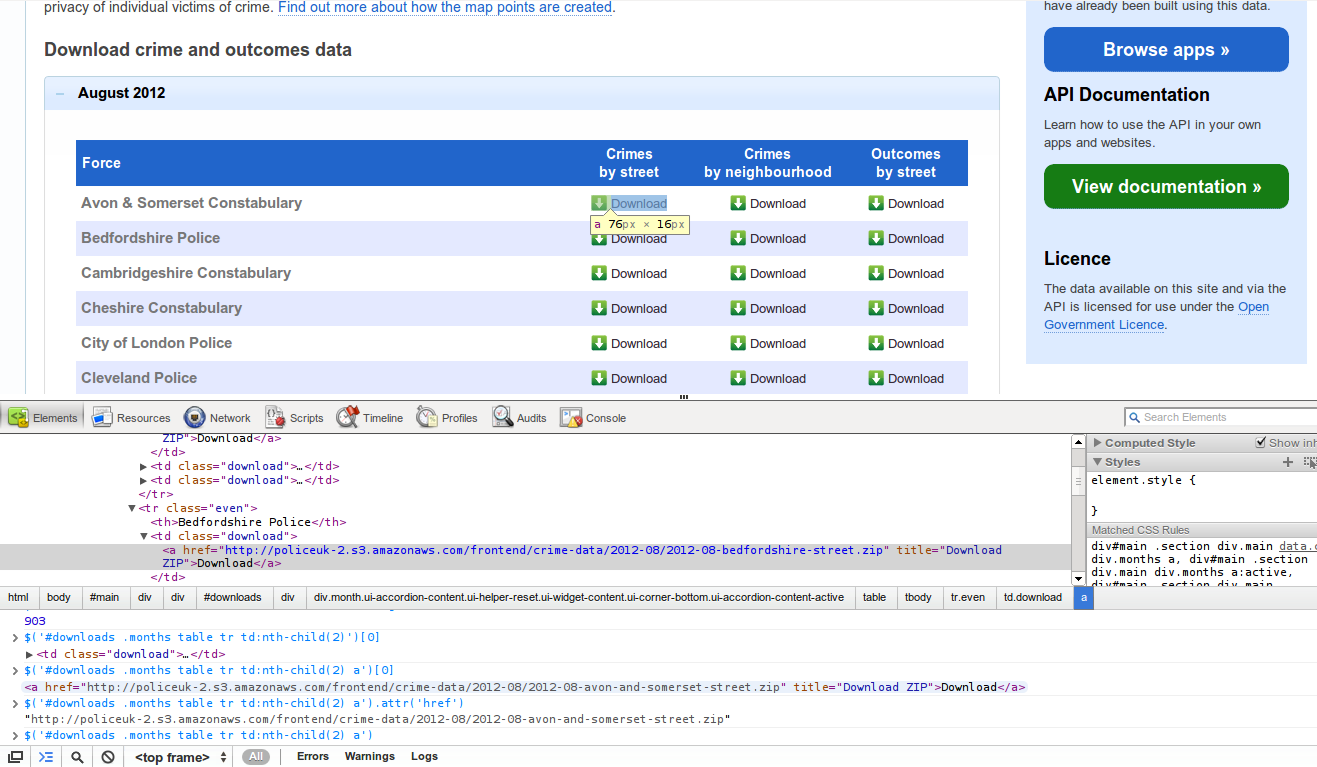 The result of this experimentation is usually a few lines of jQuery selectors.

What I want to be able to do next is reuse these css selectors I found with my in-browser experimentation directly in the scraping script. Now, things like pyquery do exist in python (and there is some css selector support in the brilliant BeautifulSoup) but a connection with something like Node seems even more natural – it is after the JS engine from a browser!

My immediate motivation for this work was wanting to play around with the UK Crime data (all open data now!). To do this I needed to:

I’m just going to talk about the first part in what folllows – though I hope to cover the second part in a follow up post.

I should also note that all the code used for scraping and working with this data can be found in the [UK Crime dataset data package on GitHub] on Github - scrape.js file is here. You can also see some of the ongoing results of these data experiments in an experimental UK crime "dashboard" here.

For the UK crime work I used jsdom but I've subsequently used cheerio as it is substantially faster so I'll cover both here (I didn't discover cheerio until I'd started on the crime work!).

Here's an excerpted code example (full example in the scrape.js):

As an example of Cheerio scraping here's an example from work scraping info the EU's TED database (sample sample):

Rufus Pollock is Founder and President of Open Knowledge.