As our data exploration on carbon data draws near to the close – a voice from the Open Sustainability Group chimes in to another angle that may be interesting to explore when looking at greenhouse gas emissions.The following post was written by Adrien Labaeye.

The public discussion on climate change has for long focused on countries’ greenhouse gas (GHG) emissions and what national governments commit to; mostly not enough. The fact is that in industrialized countries 70 to 80% of carbon is actually released in cities. By concentrating population and wealth, urban areas gulp huge amounts of energy. While cities have early on been widely depicted as a problem, they offer huge opportunities to cut carbon atmospheric concentration down. Starting already in the 1990s, many municipal governments have started to address the problem designing local climate plans, and pooling resources and ideas through networks such as ICLEI-Local Governments for Sustainability or Climate Alliance. 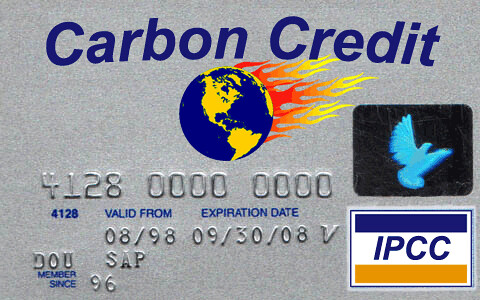 The very first challenge of any policy aiming at reducing carbon emissions is to measure them, or better said, to estimate them. Indeed, elaborating GHG inventory for a country, or a city, relies on an approximation mainly based on energy consumption and land use change. The development of comparable methodologies is a complicated endeavour. Today, cities can use the Global Protocol for Community-Scale Greenhouse Gas Emissions (GPC), probably the most advanced and promising initiative.

While thousands of cities in the world have started to accumulate carbon data, it generally sits in thousands of different places, often not being accessible by the public. Enclosed data is endemic. When it is open, it is difficult to find, not even to say to compare, and all over the place. Enclosed and scattered data is problematic. Among others, the local enclosure of the data prevents actors to verify it and use it. As a consequence carbon inventories can be of low quality and evade local public scrutiny. Scattered data, on its turn, does not encourage the use of common methodologies, making the comparison of carbon emissions across cities a tricky endeavour. All in all, the current environment is not delivering the right incentives for local climate action to blossom.

Nevertheless, a couple of initiatives have aimed to address this problem. The Carbon Disclosure Project (CDP) is a not-for-profit initiative that has built its business model in selling institutional investors access to carbon data of companies which have voluntarily disclosed their carbon emissions. Recently, CDP has extended its activities to cities, publishing a global report in partnership with the C40 Climate Leadership Initiative on climate emissions of 73 major cities. ICLEI-Local Governments for Sustainability has put together the carbonn Cities Climate Registry (cCCR), a platform that brings together data from over 300 cities in the world. Those are estimated to weigh 1.5 Gigaton equivalent of CO2 per year, approximately 4% of total global emissions; this is not insignificant.

Still, those two positive developments fall short to deliver raw data. They both only disclose very aggregated data in PDF documents. This cannot be used easily by researchers or other actors who would like to make their own calculations. In addition, the low level of detail in the data published publicly does not allow to have absolute emissions in the cities reporting: this means a citizen or a businessman will not be able to know how much carbon the city X is emitting from such websites. This is regrettable.

Open and comparable city-wide carbon data accessible on a global platform could:

So what needs to change to make this happen? My first assessment of why the current initiatives have not yet chosen an open data model is based on the following elements:

The open data community can help deconstruct those barriers. In particular on making the case for open urban climate data and provide concrete examples of how those organizations, and the cause they fight for, could benefit from building open data platforms. So let’s get to work! Join the Open Sustainability Group to work towards better climate data today.

← Data roundup, May 8
Hunting for Data – Learning How to Read and Write Web Addresses, aka URLs →